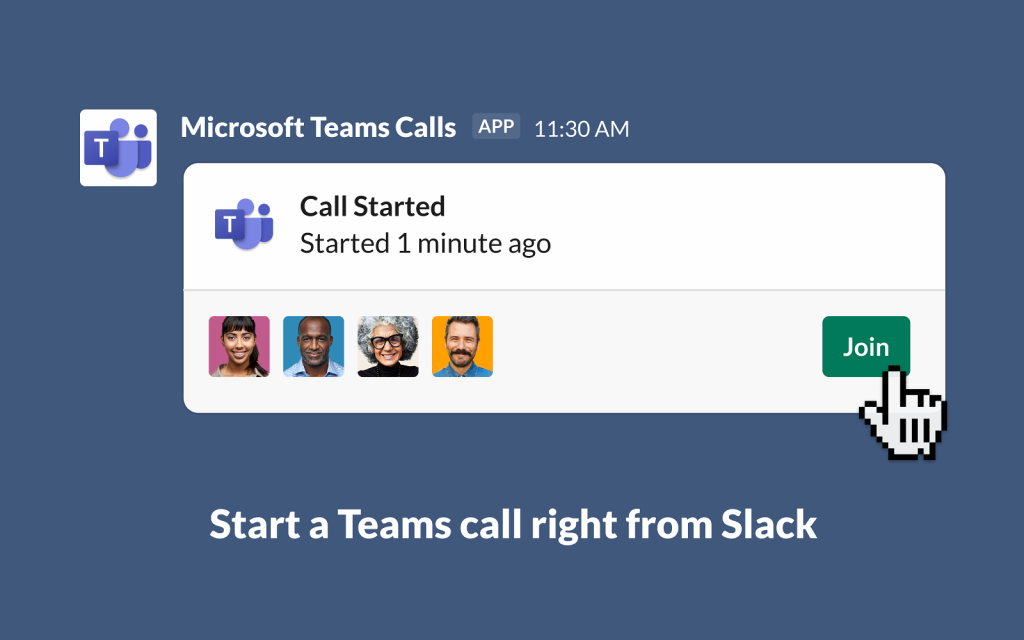 Once you install the Microsoft Teams Calls app (beta) in Slack, you can launch a call in Slack with the /teams-call slash command, and you can also Set Microsoft Teams Calls as the default calling provider for your team. However, clicking the “Join” button will actually open the Teams meeting on the teams.microsft.com, or the Teams desktop app is you already have it installed.

In other words, you can’t participate to a Teams call within Slack, and this isn't either a true cross-platform calling featuring allowing Teams and Slack users to call each other. However, this integration is still better than nothing, and it will be interesting to see if Microsoft is ready to do the reverse in Teams.

In addition to this new Microsoft Teams Calls app for Slack, the Slack app directory has just added a Zoom app allowing users to easily start or join a Zoom meeting without leaving the app. Slack also has other integrations with video calling apps including Skype, Google Hangouts, and Cisco Webex.

Microsoft's upcoming events, including Ignite, are reportedly going all digital