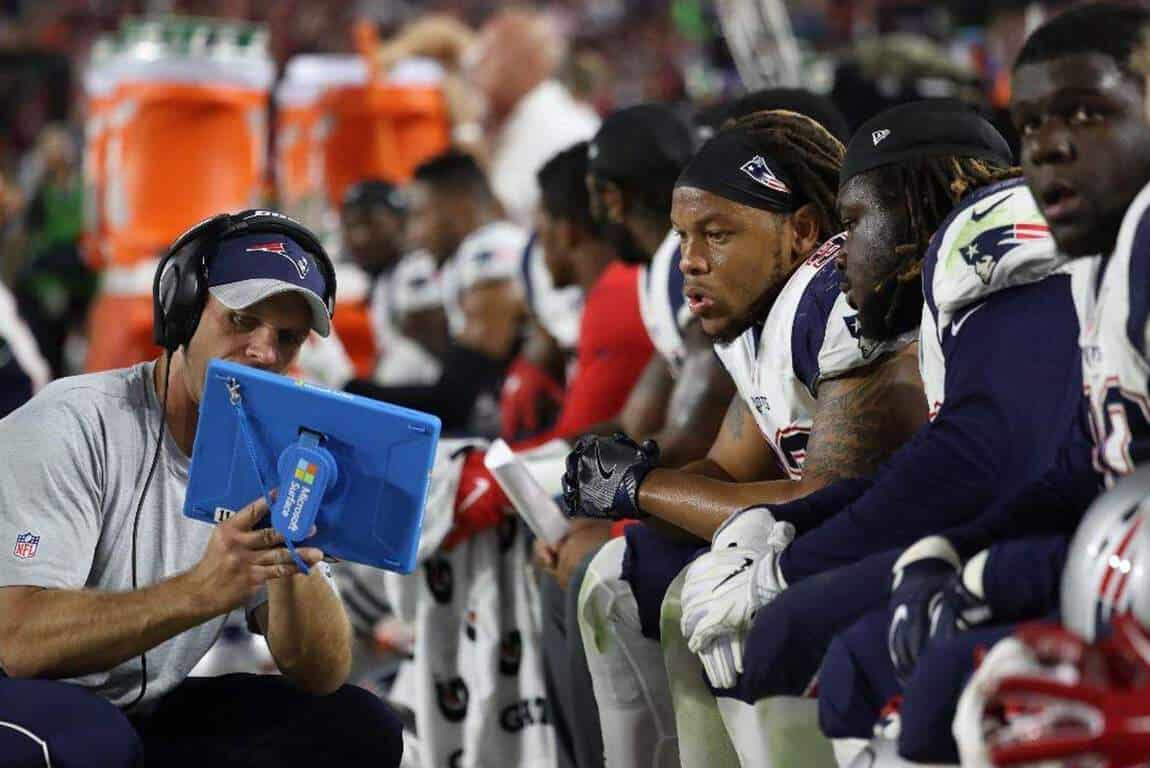 Yesterday was the NFL’s League Championship weekend, where the two top teams in each conference played each other for the right to go to the Super Bowl, which is now set with the New England Patriots playing the Los Angeles Rams on February 3rd in Atlanta. Microsoft has been playing at least a bit part in the NFL since 2013, with the league using Microsoft Surface devices, prominently branded, on the sidelines to allow teams a look at still pictures of game developments.

The product placement has brought the Surface brand front and center before millions of NFL fans over the years, however that hasn’t always been a good thing. Microsoft fought through some early controversy when TV analysts continued to mention players and coaches “looking at their iPads,” and the Patriots’ coach, Bill Belichick, famously took out his frustrations on one of the specially hardened Surface devices in a 2016 game against the Buffalo Bills.

Belichick was at it again yesterday, giving the Surface double punishment after being upset by the play on the field in a game ultimately won by New England. He can be seen here first tossing the device to the ground, then picking it up again and heaving it over the bench:

Microsoft’s Chief Product Officer and Surface creator Panos Panay was quick to jump on Twitter and defend the Surface, noting that the Surface is tested for “this exact scenario”:

Microsoft seems pleased with its relationship with the NFL, having kept up the product placements for the last six years. We’ll have to wait and see if the device gets any more significant airtime during the Super Bowl, one of the most watched spectacles of the year.