Microsoft’s Surface Pro 9 has reached its refinement age - OnMSFT.com Skip to content
We're hedging our bets! You can now follow OnMSFT.com on Mastadon or Tumblr! 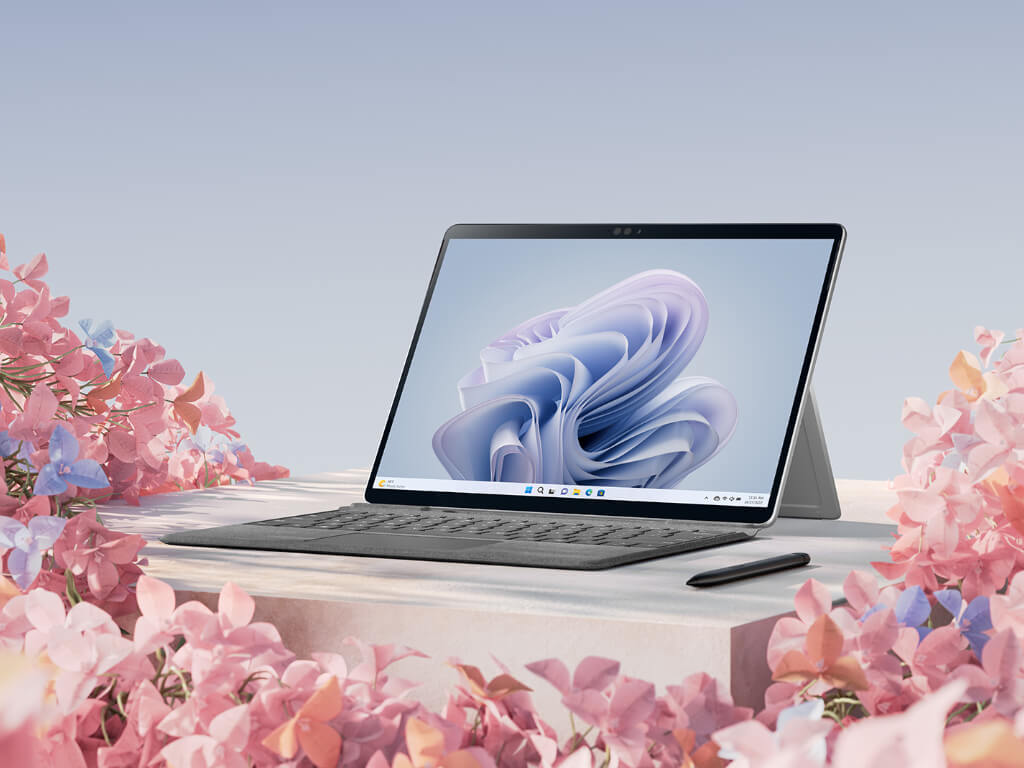 Microsoft just took the wraps off its Surface Pro 9 (10th anniversary) tablet computer today, and for many today's 2-in-1 offering is a refinement on what the company offered last year.

It can be argued that Microsoft has been in refinement mode of the Surface Pro line since the Surface Pro 4 where it found the sweet spot when it comes to screen size, but outlying concerns regarding the typing experience, screen-to-body ratio, ports, cameras and even hinge mechanism still had yet to be fully ironed out.

Now in its 10th iteration, the Surface Pro 9 has basically addressed most practical concerns regarding the form factor and the company seems resigned to focusing its efforts on refining its last few big 'innovations'.

When Microsoft introduced its Surface Pro X, Surface fans and users rallied in online forums to petition the company to reuse that more modern design for the more mainstream Intel offering rather than the seemingly niche ARM-powered experiment. Fast forward a year later and the company delivered, albeit with a slightly heavier incarnation of the more rounded and almost-edge-to-edge screen design from the Pro X as well as still offering an update to its experimental Windows on ARM option. Jump ahead another year and Microsoft is simply merging the two product lines and settling in to deliver more software refinements than hardware ones. 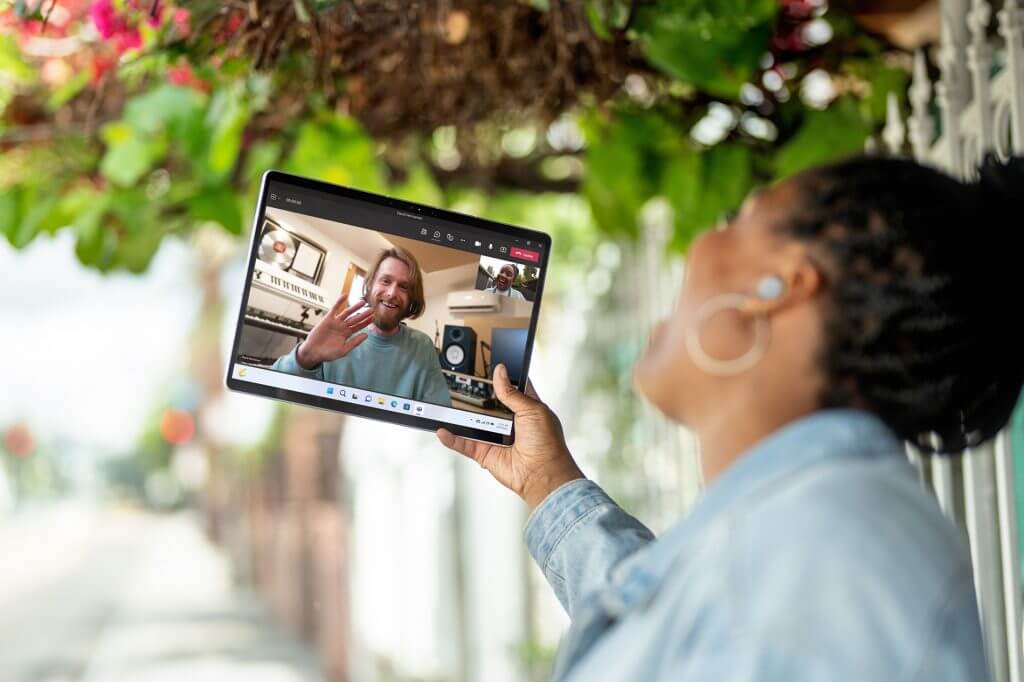 This year, the Surface Pro 9 looks and feels much like the Surface Pro 8, but following the theme of products releases in 2022 such as the iPhone, Pixel 7, and Dell XPS 13, the noticeable changes are found in the refined experiences.

To start off with, the Surface Pro 9 will come with a variable screen refresh rate of 120Hz out of the box unlike the Surface Pro 8 which took almost a year to support. In addition, communication tools on the Surface Pro 9 will get a boost from the Windows Studio platform powered by the Microsoft's neural processing unit (NPU) that'll unlock enhanced camera and audio features such as Automatic Framing, Eye Contact, Voice Focus and Portrait Background Blur.

Somewhat simplifying the purchase process, Microsoft combined the product lines of the Surface Pro X and Pro 9 and will now allow users to choose their preferred chipset with the same outer shell. Options for processing power in the Pro 9 include Intel's 12th Gen Core i5 and i7 U processors with Iris Xe graphics as well as the company's custom Qualcomm SQ3 processor with NPU and Adreno GPU. 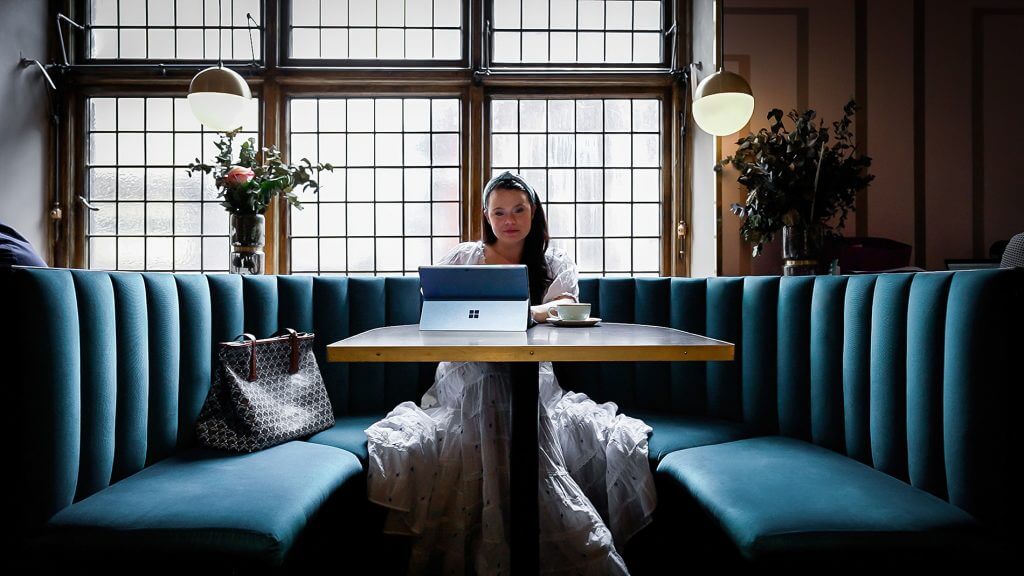 Even though Intel has already begun teasing its 13th Gen chips, 2022 does mark a break from Microsoft's overly cautious implementation of older processors in its Surface lineup.

The Surface Pro 9 will also come with the normal bells and whistles when it comes to storage and memory options that include 8, 16, and 32GB configurations of LPDDR5 RAM (LPDDR4 for 5G connectivity) and removable 128, 256, 512, and 1TB SSD selections.

On the hardware side, the Surface Pro 9 will still house its 1080p Full HD webcam and 10.0MP rear-facing camera with autofocus that can shoot up to 4K video. When it comes to audio, the experience on the Surface Pro 9 should sound familiar with dual far-field studio mics 2W stereo speakers with Dolby Atmos and Voice Clarity support.

When it comes to connectivity, the Surface Pro 9 will support Wi-Fi6E 802.11ax, Bluetooth 5.1, 5GmmWave, Gigabit LTE, Nano Sim and eSim.

Unfortunately, Microsoft hasn't refined the port setup on the Surface Pro 9 this year and users will be stuck with another 365 days playing musical chairs with their dongles and connecting cables going back and forth between 2 USB-C Thunderbolt ports and the proprietary Surface charging connector for Intel models while the ARM version will make room for a nano sim as well.

Microsoft claims up to 15.5 hours of battery use with typical device usage with Intel models and up to 19 hours for ARM based selections, but we'll have to see how well they can cool these 12th Gen Intel chips to reach these stated claims for power users.

Other than that, the only other new feature coming to Microsoft's flagship computer are new anodized color options that include (Sapphire (light blue) and Forrest (green). 2022 marks the first time the body of the Surface Pro gets color treatments beyond the traditional Platinum (grey) and Graphite (black). 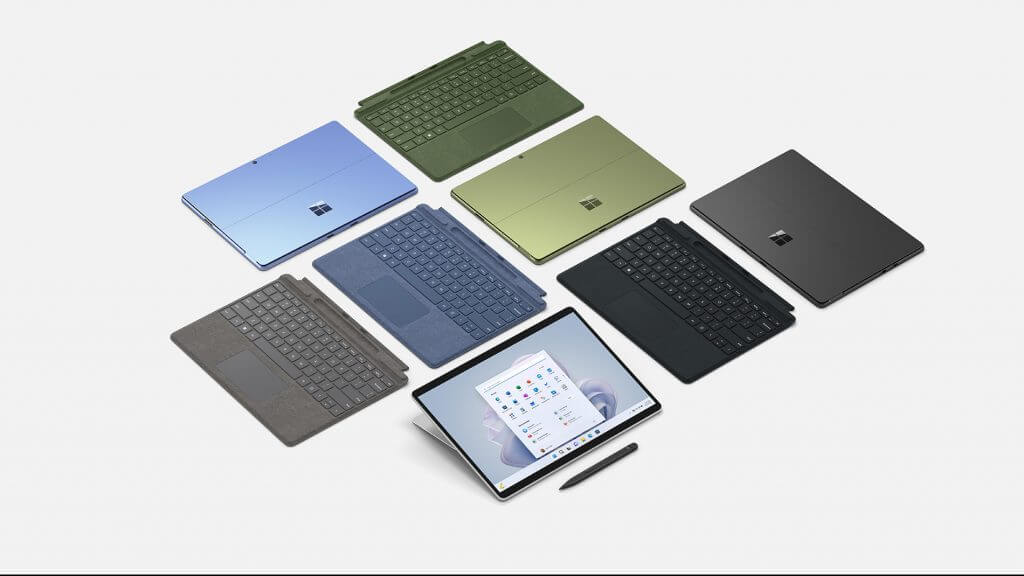 While Microsoft opted not to use the seemingly obvious Surface Pro X branding for its 10th anniversary 2-in-1 tablet, it did partner with London-based global design house Liberty to create a special-edition keyboard and laser etched Surface Pro 9 that's inspired by the Windows 11 bloom graphic.

The Surface Studio is back and very familiar