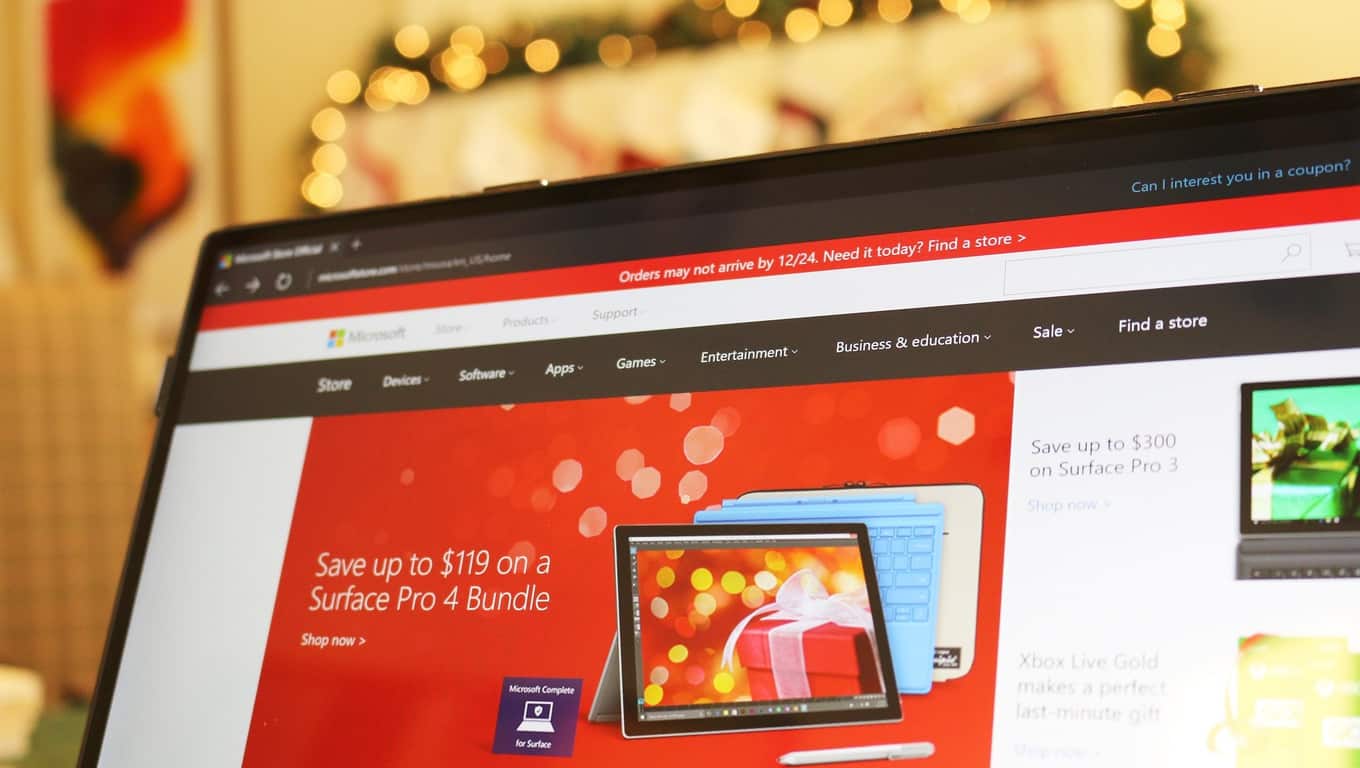 Christmas is almost here, and for those last minute shoppers, or others just waiting for the right deal to come along, Microsoft is still offering great deals across a variety of devices, peripherals, and games. The announced Holiday Super Sale, among many others, have come and gone, but big discounts still remain. Here is a round up of some of the more interesting deals currently available on the Microsoft store.

Microsoft Band 2 – Microsoft’s second iteration of its smartwatch/fitness tracker is available for $200, a savings of $50 off the normal retail price. With recent updates to the Band 2 including music controls, activity reminders, and an expanding library of golf courses being supported for the golf tracking feature, the Band 2 is a smart wearable that is offering more and more features for a competitive price.

Surface Pro 3 – The best-selling version of the Surface Pro that put Microsoft’s 2-in-1 lineup in serious competition with laptops and tablets is currently receiving huge discounts. The i3/128GB version is currently $300 off, with other variants being discounted by $100. You can also currently save up to $419 on bundles that include the Surface Pro’s type cover, Surface sleeve, a 2-year warranty, and 1 year of Office 365.

Surface Pro 4 Bundle – The latest version of the Surface Pro is also receiving discounts now when you purchase it as a bundle with Type Cover, Surface sleeve, 2-year warranty, and 1 year of Office 365. You can build your own bundle and get a discount of up to $119.

Xbox – There are a number of deals in the Microsoft store for Xbox One and Xbox 360 games, consoles, and accessories. One of the biggest deals is the new Xbox One 1TB Holiday Bundle. This bundle of the Xbox One comes with an expanded 1TB hard drive for storing your library of games, and an assortment of games including Gears of War: Ultimate Edition, Rare Replay, Ori and the Blind Forest, and the Xbox 360 Gears of War collection. The bundle is currently discounted by $50 at $349 and is a great offer with a variety of games to play right out of the box.

Kinect Sensor for Xbox One – the latest version of the Kinect sensor and camera is also available for $99.99, a savings of $50. While the game library of Kinect enable titles still seems to have never delivered on the promises made when the Xbox One launched, with the New Xbox One Experience update and continuing feature expansions, the Kinect Sensor will enable things like Cortana and voice controls on your Xbox One.

Live TV Bundle for Xbox One – This bundle is currently available for $99, for a savings of $30.98. It comes with a Hauppauge Digital TV Tuner and Mohu Leaf 50 HDTV Antenna to enable your Xbox One to receive free over-the-air broadcasts of live TV in full HD. With the announcement by Microsoft that in 2016, the Xbox One will be receiving full DVR capabilities for over-the-air broadcasts, now could be a good time to pick up this deal on the Live TV Bundle for Xbox One.

Microsoft Display Dock Productivity Bundle – This new bundle can include your choice of HDMI cable, Arc Touch Bluetooth Mouse, and either the Universal Mobile Keyboard or the Foldable Keyboard so you have compact and lightweight accessories to attach to your Microsoft Display Dock to use Windows 10 Mobiles new Continuum feature which allows you to use your Lumia 950 or 950 XL like a PC. You can get a bundle with all three accessories for $109.93, a savings of $69.96.

There is also an array of deals on OEM’s Laptops, Tablets, 2-in-1’s, and desktops to check out which include deals on everything from Samsung, HP, Lenovo, Asus, and Dell devices. With the holiday almost here, these deals might not last long, so head over to the Microsoft store website, or your nearest retail location to pick up any last minute gifts or to pick up some of the latest tech for yourself.