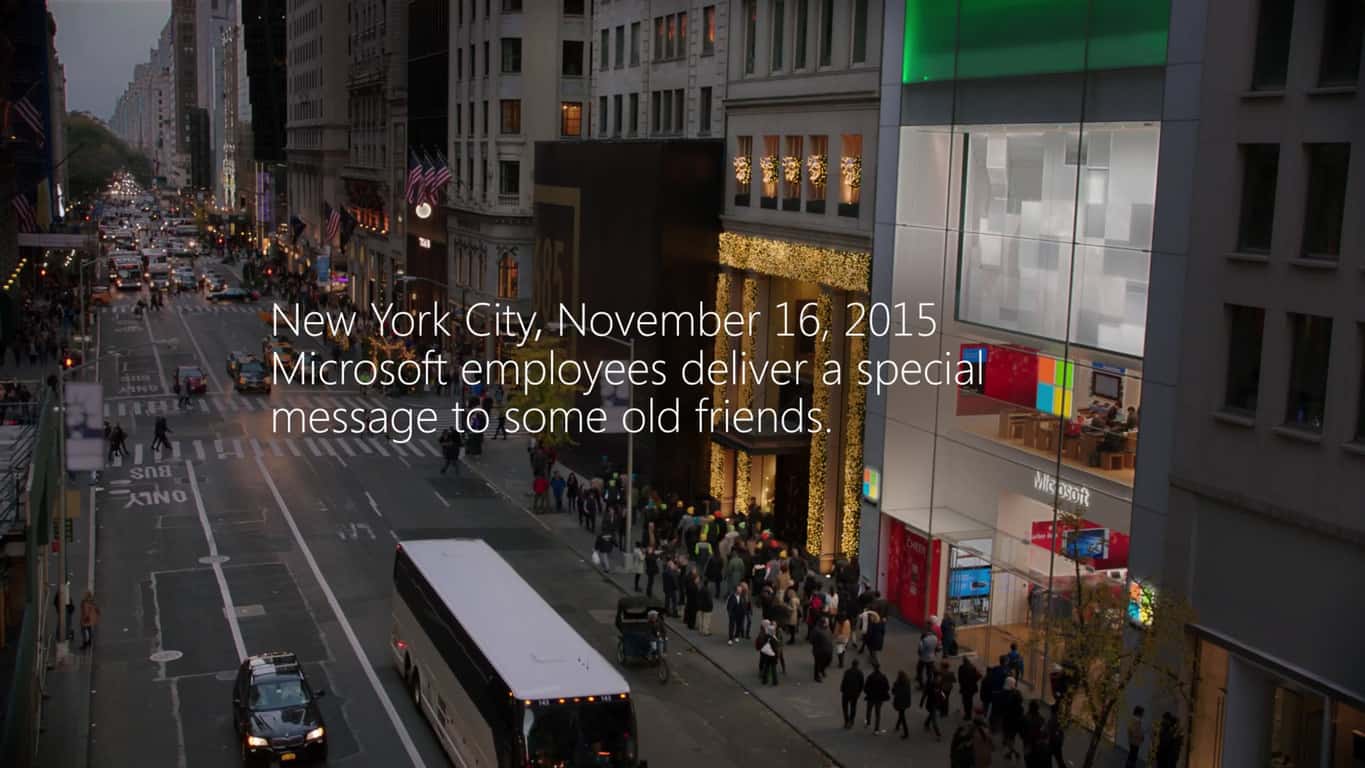 Hugs and tears abounded on November 16, 2015 as Microsoft’s New York flagship Microsoft Store sent some holiday cheer to their frenemies at the Apple Store up the street. Microsoft and Apple have enjoyed a colored history over the years, acting as both bitter enemies and the BFFs as their fortunes have waxed and waned. Today, of course, Microsoft is leveraging Apple’s strengths in mobile devices with a wide range of cross-platform productivity solutions while Apple has refrained from raining on Microsoft’s parade quite so regularly.

Here’s the video, full of the holiday spirit:

Because the cynic in us recognizes that this was a marketing effort at its root, we turn to AdvertisingAge for some context:

Kathleen Hall, corporate VP-global advertising at Microsoft, said that because New York has strict security rules, Microsoft had to get permission from Apple to perform the song on the store’s plaza. Apple, she said, knew Microsoft would be filming something, they just weren’t sure what. In the spot, Microsoft employees begin singing, while Apple employees spill out of the store to watch. Employees from the two rival companies hug, a move Ms. Hall said was a moment of “setting differences aside and coming together.”

The video will be aired starting on December 3 as a 60-second ad, while a longer version will be available online. The song “Let There Be Peace on Earth” serves as the soundtrack, as well as a strong contrast with last year’s ad blitz that focused on how the Surface Pro 3 kicks Apple’s butt by providing a more flexible and productive notebook/tablet hybrid than the MacBook Air.

We’ll be watching for Apple’s response, likely to be something similar to handing out candy canes at Microsoft headquarters. If the holidays could bring about a truce on the Western Front during World War I, then there’s no reason to believe that Microsoft and Apple can’t put aside their differences this holiday season.