This morning Microsoft's US stock price broke $90 per share, marking another milestone in the company's resurgent NASDAQ performance. The stock has been rising steadily since CEO Satya Nadella took over from Steve Ballmer, driven by a retrenching on core assets, cloud computing with Azure as it continues to push Amazon, and Office 365.

Meanwhile the Dow Jones Industrial Average continues to skyrocket, too, and this morning set a milestone of its own, opening at just over 26,000: 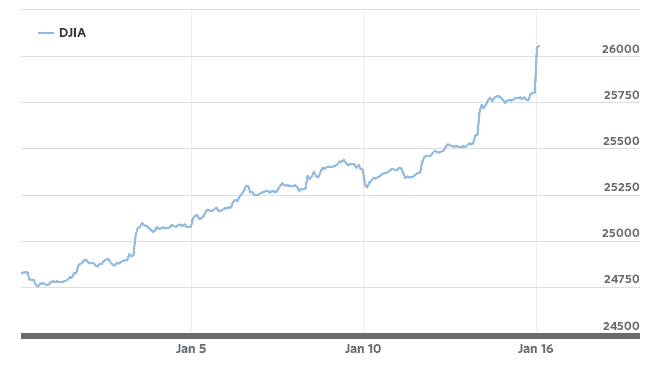 We'll continue to watch Microsoft's market performance as the company continues its push to capture the hearts, minds, and wallets of the public.

Official Kodi app returns to the Xbox One