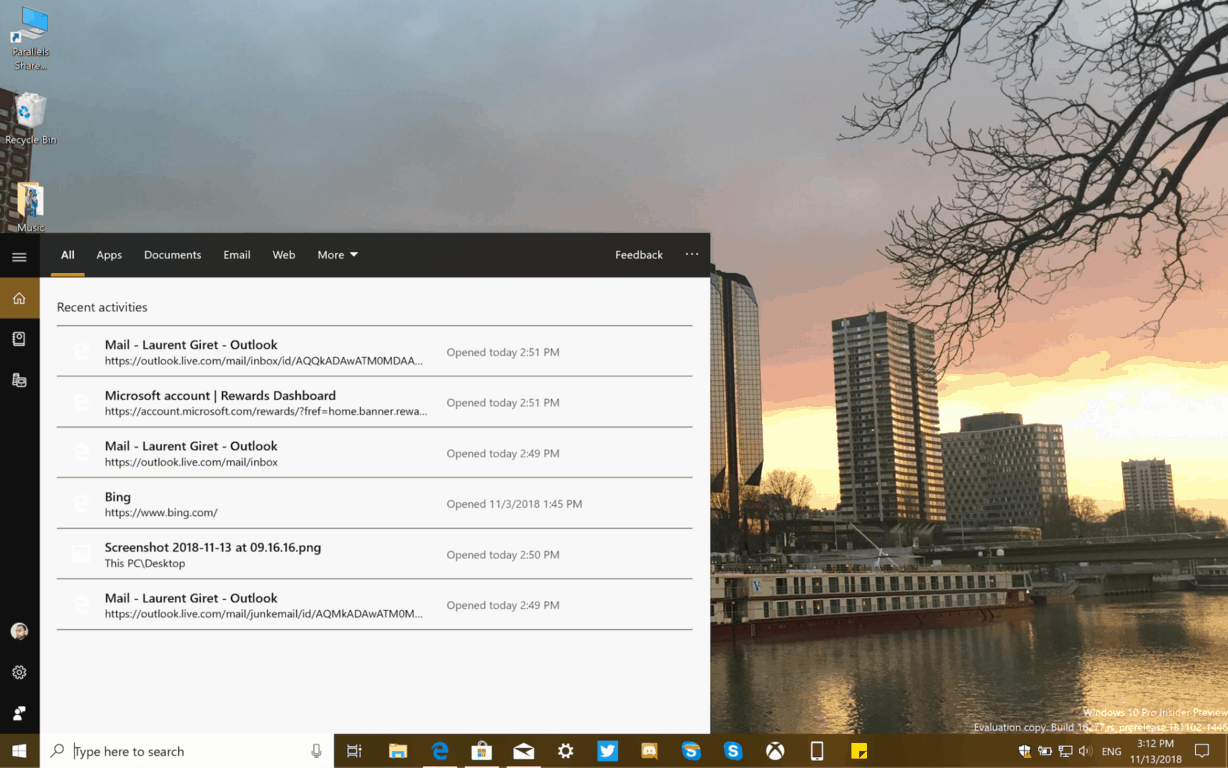 Earlier this year, we learned that Microsoft could be working on separating Cortana from Windows Search, moving the digital assistant to the Windows 10 Action Center. While this change has yet to materialize, a new UI for the Cortana home screen was revealed in a screenshot shared by Twitter user Albatross last week.

In 19H1, Microsoft is planning to separate Windows Search from Cortana, a smart decision in my opinion. Here's a small preview: pic.twitter.com/1TZvQFNInV

The new UI is apparently live on the latest Insider build 18277, as spotted today by Twitter user Florian B. We did see it on an Insider machine, and the redesigned screen puts much more emphasis on Windows Search than Cortana. As a matter of fact, you wouldn’t guess you’re using Cortana at all when clicking on that search button for the first time.

The new Cortana Home Screen works a bit like the Windows 10 Timeline, showing you your latest web browsing history and recently opened documents. However, recently opened Windows 10 apps only appear on the “Apps” screen. Next to Apps on the top bar, there are different filters for searching through your documents, emails, contacts, music, videos, etc.

Compared to the previous UI, the “How can I help” message is gone, along  with the various “tips” to get started with Cortana. The “Pick up where you left off” section, which displayed your recent Timeline history is also gone, though the new Cortana Home screen now pretty much works as a “light” version of Timeline. However, it seems to take several seconds before Cortana can show you your recent activitities, while Timeline can show all that and much more nearly instantly. 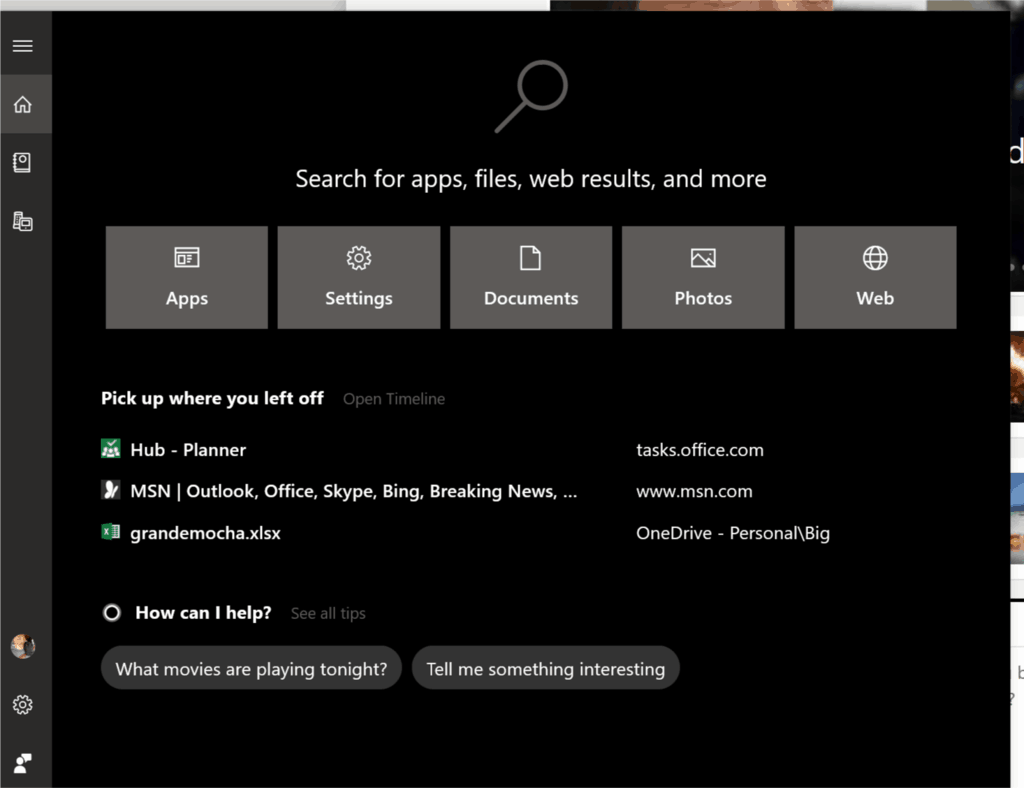 Other sections of Cortana like the Notebook and Devices screen are apparently unchanged in this new UI, but overall this seems to be a another small step in the process of decoupling Cortana from Windows Search. Now that Amazon Alexa is now available as an app in the Microsoft Store, Microsoft really needs to figure out what it wants to do next with Cortana. So far, it seems that Microsoft no longer wants Cortana to be an overbearing helper on Windows 10, but Cortana could still keep its place as an central entry point into your personal and Office 365 data.