Microsoft’s Xbox Series X|S will soon be the first video game consoles to support Dolby Vision for Gaming. Xbox Insiders in the Alpha Ring will get early access to this new feature in an upcoming build to be released later this week, but testing will require a TV that supports Dolby Vision.

Get ready to transform your gaming experience with full-spectrum visuals! Rolling out to Xbox Insiders this week: Dolby Vision for gaming on Xbox Series X|S. pic.twitter.com/iU2RktHvPG

For those unfamiliar with it, Dolby Vision is Dolby’s proprietary HDR technology that delivers a better visual experience than the HDR10 standard that Microsoft contributed to democratise with the Xbox One S back in 2016. Xbox One and Xbox Series X|S consoles already support Dolby Vision for media content, but Dolby Vision for Gaming will be exclusive to Microsoft’s next gen consoles. All Xbox consoles also support the Dolby Atmos spatial audio technology.

"When you play in Dolby Vision, you unlock the most realistic and lifelike visuals the game has to offer, with brightness, contrast, color, and depth that goes beyond even traditional HDR games,” Dolby explains on its official website. With Dolby Vision Gaming, the company promises 40x brighter highlights and 10x deeper black levels compared to traditional HDR games. 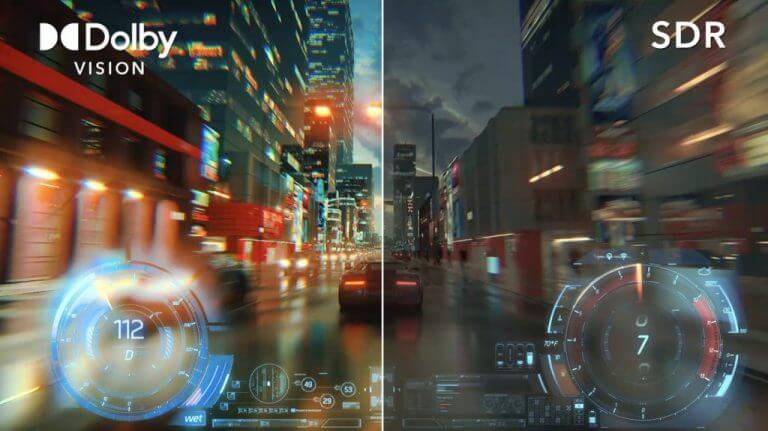 The majority of high-end new 4K TVs now support both HDR10 and Dolby Vision, though Samsung is one of the rare manufacturers to ignore Dolby Vision in favor of the alternative and royalty-free HDR10+ format. We’re still waiting for Microsoft to share more details about which TVs will support Dolby Vision Gaming, and some models may require a firmware update to support Dolby Vision at 4K/60Hz and 4K/120Hz.

It’s also not exactly clear if support for Dolby Vision Gaming will require some work from game developers, or if it’s a system-level feature Microsoft can apply to all games running on Xbox Series X|S consoles. Anyway, the Xbox team deserves credit for its forward-thinking approach and Dolby Vision Gaming is another next-gen feature that Sony’s PlayStation 5 consoles won't have.

Microsoft Teams to add a Restart option for Live Events