The Microsoft Edge team continues its efforts in developing an interoperable web browser that’s meeting the demands of modern internet users by building and issuing its new API Catalog. According to Edge engineers, the new API Catalog tool that allows developers to “find the similarities and difference between the type systems of all browsers, to compare how core global functions namespaces, objects and interfaces are exposed.”

API Catalog’s primary selling point, however, is its ability to parse vast amounts of data and represent it in a clear and easy viewable interface.

The API Catalog has two views: a visualization and a table view. The former is a high-level visualization of the browser and specification landscape in the form of an interactive Venn diagram. You can select and compare any three data sets (browsers or specifications) to see a graphical representation of both intersecting and unique APIs.

The table view allows you to browse the full list of known APIs that are either defined in a specification we have crawled or detected in the type system of a browser. You can search and filter to examine specific subsets of APIs. For example, you might filter to see only APIs from the Beacon specification that are detected in all browsers. 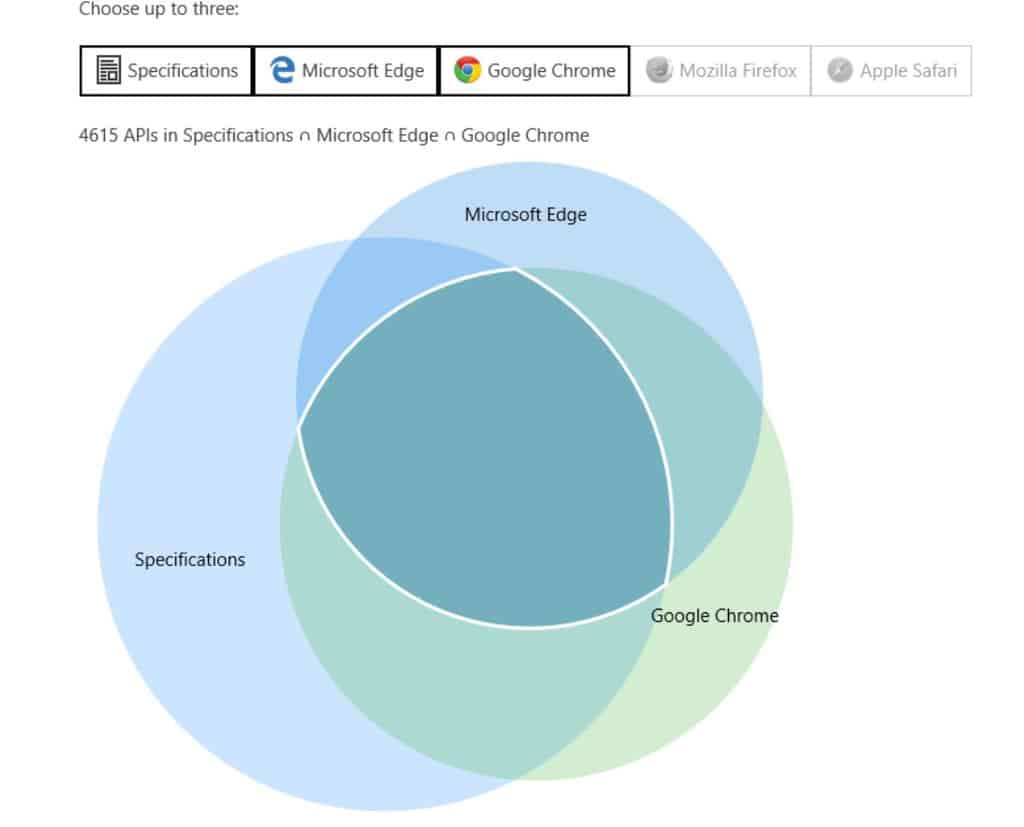 Developers can find raw CSV files on GitHub as well as using the API Catalog to expose or illustrate bugs in other browser type systems such as Webkit bug 49739 and Chrome bug 43394.

In developing the API Catalog, the Microsoft Edge team is attempting to do away with the locked-gate proprietary shackles that once plagued older versions of Internet Explorer while also offering the most robust toolset for web developers. Whether or not that translates into consumer and developer attention anytime soon, remains to be seen, but at least the building blocks are being laid.

For more information on the API Catalog, visit Microsoft’s Edge Dev Blog for a walkthrough of features as well as some background of the data that can be collected by developers.