I’ve written about it time and time again that Microsoft’s low-key efforts in maintaining but not promoting its music streaming service would come to a head, and today the company has clarified what that end looks like.

According to a post on Microsoft’s Windows Blogs, users are now being ushered out the door as the company looks to turn its once evolving music streaming service into a glorified media player.

Music Pass support in Groove and music purchase in the Windows Store to be discontinued; the Groove Music app will continue to support playback and music management of owned content.

More specifically, those who used to invest in Groove Music will now be shown the door to Microsoft’s “expanding” partnership with Spotify through January 31, 2018.

In a bit of compassion, the Windows team details the steps necessary for Groove users to transition their libraries over to Spotify, at which point, some may be entitled to a 60-day free trial of Spotify’s premium service.

If you have an existing Spotify account, you’ll be prompted to input your username and password.
If you’re new to Spotify, and on your PC, you’ll be asked a few basic questions to help you create an account, starting with a username.

3. Move your music: After signing into your Spotify account, we’ll move your music collection and playlists from Groove Music to Spotify.

4. Play music in Spotify: The process of moving your music to your Spotify account will take a few minutes. After completing step three, you’ll be able to listen to your music library in the Spotify app!

It should be noted that Spotify’s premium service offers a few more features and ubiquity for the same relative price of Groove. 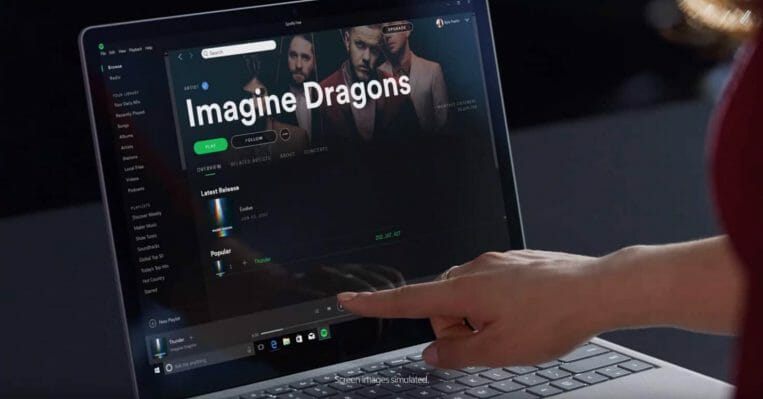 While the reasons for Microsoft’s departure from the music streaming wars are many and varied, the specific timing may leave many current Groove users a little bemused as Groove has always been seen as a loss-leader for the overall well-roundedness of the Windows ecosystem.

Update: For those concerned about pre-paid annual subscriptions, what’s going to happen to the app after January or happens to already have redeemed a different 60-day premium offer, here is Microsoft’s accompanying FAQ full of details.