Not to be outdone by Apple and Google this Fall, Microsoft has announced it is hosting an event on October 2, 2018. The invite itself leaves plenty to the imagination with the words "A moment of your time." cryptically displayed.

Historically, October has been the month Microsoft has introduced or refreshed Surface devices as well as unveil new or upcoming features to its Windows 10 operating system. There was even a point in time where a portion of the smartphone using population would eagerly await the next Windows Phone offering. 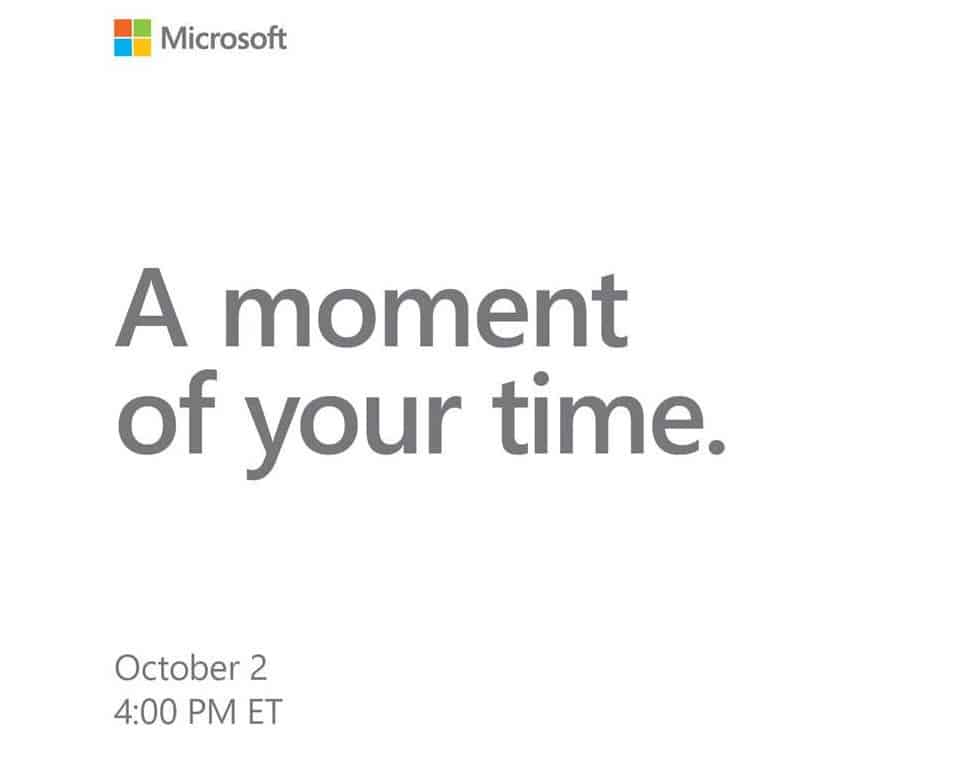 Here at OnMSFT, we share the same investigative hunch as the folks over at Windows Central do, that Microsoft is preparing to show off a possible Surface Studio 2 refresh as well as a possible update to the Surface Laptop with a much-needed USB-C upgrade.

As for a smartphone returning to the October event line up, we're not holding our breaths. As far as leaks or industry gossip is concerned, project Andromeda seems to be in stasis at the moment. Whatever is announced at Microsoft's October 2, 2018 event in New York, you can rest assured we'll have all the details here.