SlideShare, which was acquired by LinkedIn in 2012 which itself was purchased by Microsoft in 2016, has now been bought by Scribd.

The exact amount spent on the purchase hasn’t been made public but all aspects of the SlideShare business are expected to transition to Scribd on September 24th. An announcement is now live on the SlideShare website informing users of the change and offering two months of free access to Scribe to help put minds at ease.

Interestingly, Scribd CEO, Trip Adler, has told TechCrunch that SlideShare will continue to operate as its own business and will remain integrated with LinkedIn for the near future.

“Nothing will change in the initial months,” Adler told TechCrunch. “We have a lot of experience with a product like this, both the technology stack and with users uploading content. We’re in a good position make SlideShare really successful.”

SlideShare used to be one of the most-talked about digital services in conversations about online education and marketing but it’s since decreased in relevance quite dramatically due to the rise of rival online training platforms such as Udemy and the ever-increasing number of free tutorial videos available on YouTube. SlideShare has also been abandoned for the most part on the Microsoft-owned LinkedIn which now offers its own online training courses under the LinkedIn Learning brand and has only made minor bug fix updates to the SlideShare smartphone apps once or twice a year since 2015.

The SlideShare website does claim that it gets over 80 million users a month but it’s unclear how accurate this stat is as most content on the SlideShare website hasn’t been updated in several years. Even the majority of its featured slides on the site tend to be between two to four years old.

If Scribd does indeed plan to revive SlideShare for a modern audience, it could be rather exciting to watch. While the service is clearly no longer used as much as it was during its peak, its brand still does hold quite a bit of cachet and could attract a lot of attention if it was revamped properly.

What do you think? Do you predict a SlideShare comeback or do you see it being put out of its misery? Share your thoughts with us in the comments below and then follow us on Pinterest and Twitter for more tech content and news. 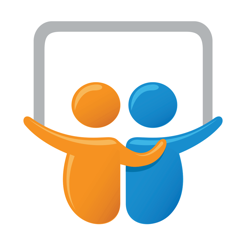