Microsoft rolling out Focused Inbox to Outlook for Mac and web, Windows 10 coming soon - OnMSFT.com Skip to content
We're hedging our bets! You can now follow OnMSFT.com on Mastadon or Tumblr! 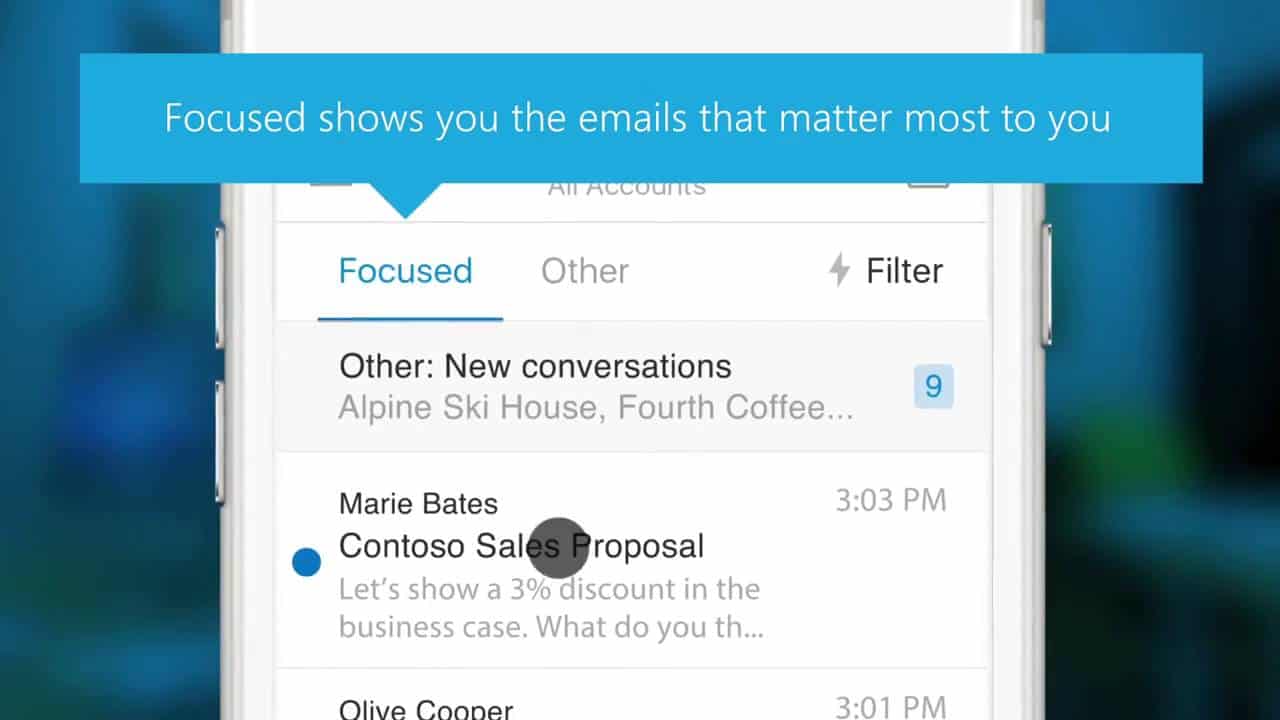 Earlier today, Microsoft released an Office blog post giving tips on how to manage your Outlook inbox. What they failed to mention was that one of the newest features, the Focused Inbox, was closer to release than expected.

The Focused Inbox feature will separate your emails between two folders. In the primary folder, all of the emails from your most commonly used contacts and those tagged important will be available. Segregated into the secondary category will be all of the other emails that aren't necessarily as important. This way, you can keep focused on your work and ignore the others. Of course, you can tag other emails as important and vice versus to maximize your productivity even further.

According to MSPU, the FAQ blog post that announced Focused Inbox was updated with release dates without fanfare. The editor's note clarifies:

Looks like most Office 365 and Outlook 2016 for Windows 10 users will be seeing the Focused Inbox next month. As for Mac and web users, it sounds like access to the feature might be happening somewhat sooner, although the timing for each platform is a little confusing in Microsoft's update.

Microsoft has been attempting to improve feature parity between all the many platforms that Outlook is on. This is just another step in the right direction. Don't worry, if you don't like using the Focused Inbox, then you can always just toggle it off in your options.