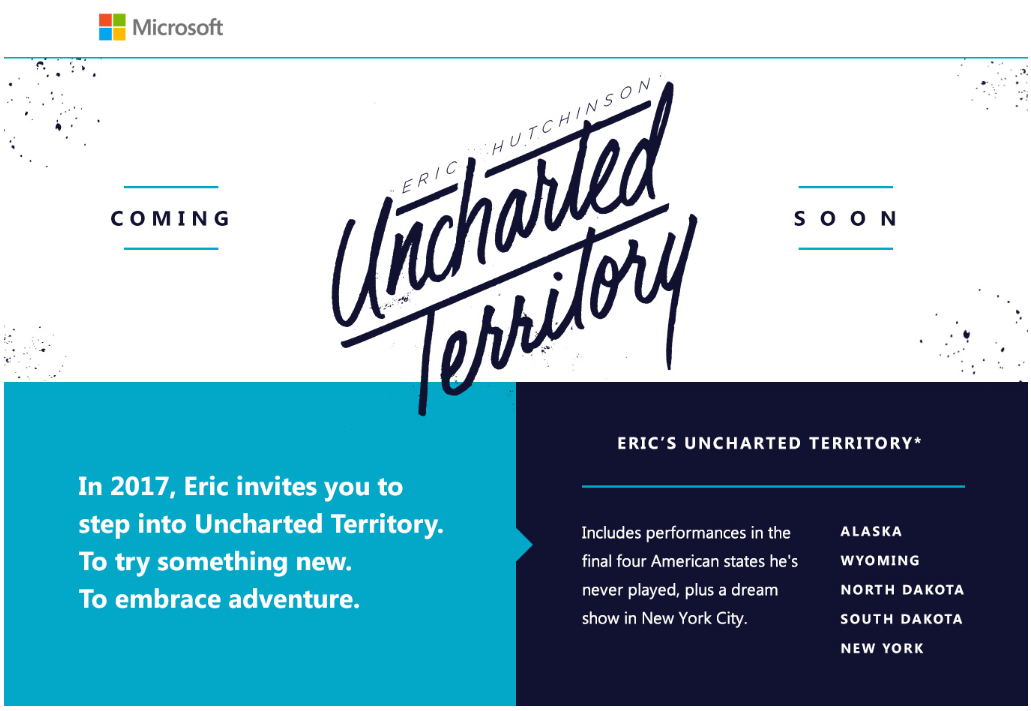 Eric Hutchinson is famous for sharing the stage with artists such as Kelly Clarkson, Pentatonix, and Train. In 2007, he independently recorded his debut album “Sounds Like This,” and it quickly became the highest charting album by an unsigned artist in iTunes history. He also is famous for 2008 single “Rock & Roll,” which earned him his first gold record in the United States.

A lucky Microsoft Rewards members will have a chance to meet and greet Eric in one of his mystery “Uncharted Territory” cities, complete with airfare, two-night hotel stay, and the chance to see two tickets to see Eric perform. In case you’re curious, one entry in the sweepstakes costs 200 points, five entries costs 500 points, 25 entries cost 1,000 points, and 150 entries costs 5,000 points. This sweepstake begins on 1/9/2017 at 9:00 AM ET and ends on 3/31/2017 at 9:00 AM ET, and after notifying the winners directly, the Microsoft Rewards team will announce the winners on or around 5/28/17 at this website.

Microsoft notes that more surprises, chances to win, and updates are coming in March, so it’s best to stay tuned for more updates. Until then, do let us know what you think of this latest Microsoft Rewards offer by dropping us a comment below!