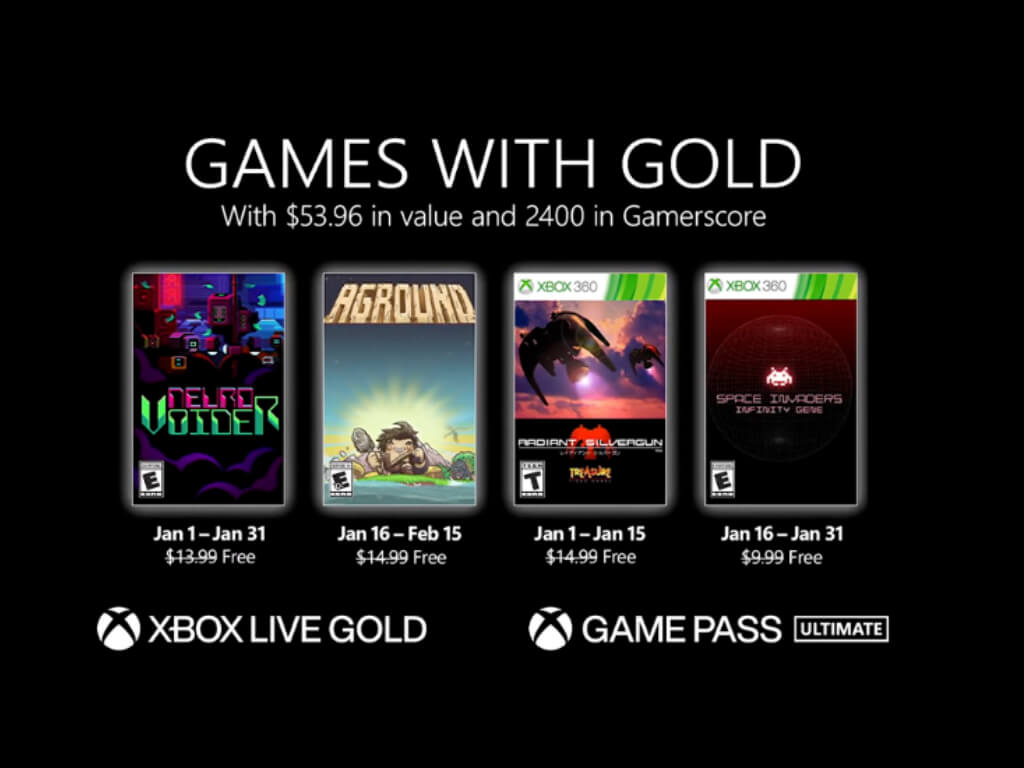 Microsoft has just announced the Xbox Games with Gold lineup for January 2022, with 4 new free games worth $54 in value for Xbox Live Gold and Xbox Game Pass Ultimate subscribers. The first two games that will be free to claim starting January 1, 2022, are the twin-stick shooter RPG Neurovoider and the Xbox 360 vertical shooter Radiant Silvergun.

The two other games that will be free to grab starting January 16 are the mining/crafting RPG Aground, which is joined by the classic Xbox 360 title Space Invaders Infinity Gene. Overall, these four free games for January represent 2400 in Gamerscore, which is right in line with the Games with Gold for December.

If you didn't grab them yet, we remind you that you have until the end of the month to claim The Escapists 2 and Insanely Twisted Shadow Planet for free with your Xbox Live Gold or Xbox Game Pass Ultimate subscription. As usual, Xbox 360 Games with Gold titles are yours to keep forever, but Xbox One games require an active subscription to be playable.

Sea of Thieves has sold over 5 million copies on Steam