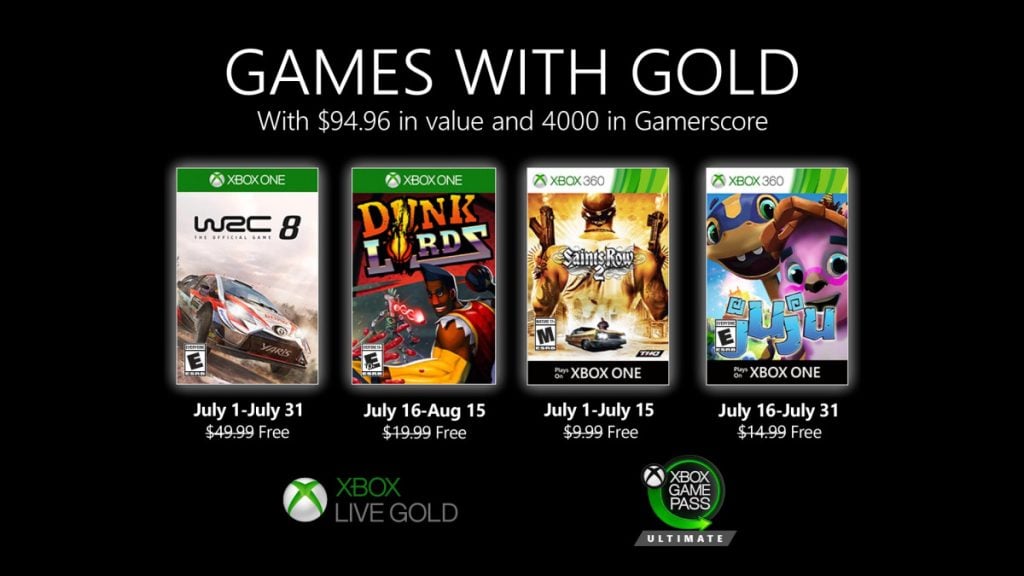 The new Games with Gold for July have just been revealed by Microsoft, and the headliner is the racing game WRC 8 FIA World Rally Championship. The WRC simulation will be free to grab on July 1, along with the Xbox 360 game Saints Row 2.

Two other games will follow on June 16 with the two-on-two basketball beat 'em up Dunk Lords, along with the Xbox 360 platform game Juju. Overall, these four games represent $94.99 in value and 4000 in Gamerscore.

If you've been slowly losing interest in Games with Gold announcements in recent years, you're probably not alone. The program is now clearly out shadowed by Xbox Game Pass, which regularly gets AAA games like The Witcher 3, Red Dead Redemption 2, as well as all of Microsoft's first-party games on day one. Would you prefer Microsoft to put an end to Games with Gold for good to spend more resources on Xbox Game Pass? Sound off in the comments below.

New features for Microsoft Teams and more, here's everything added to Microsoft 365 in June