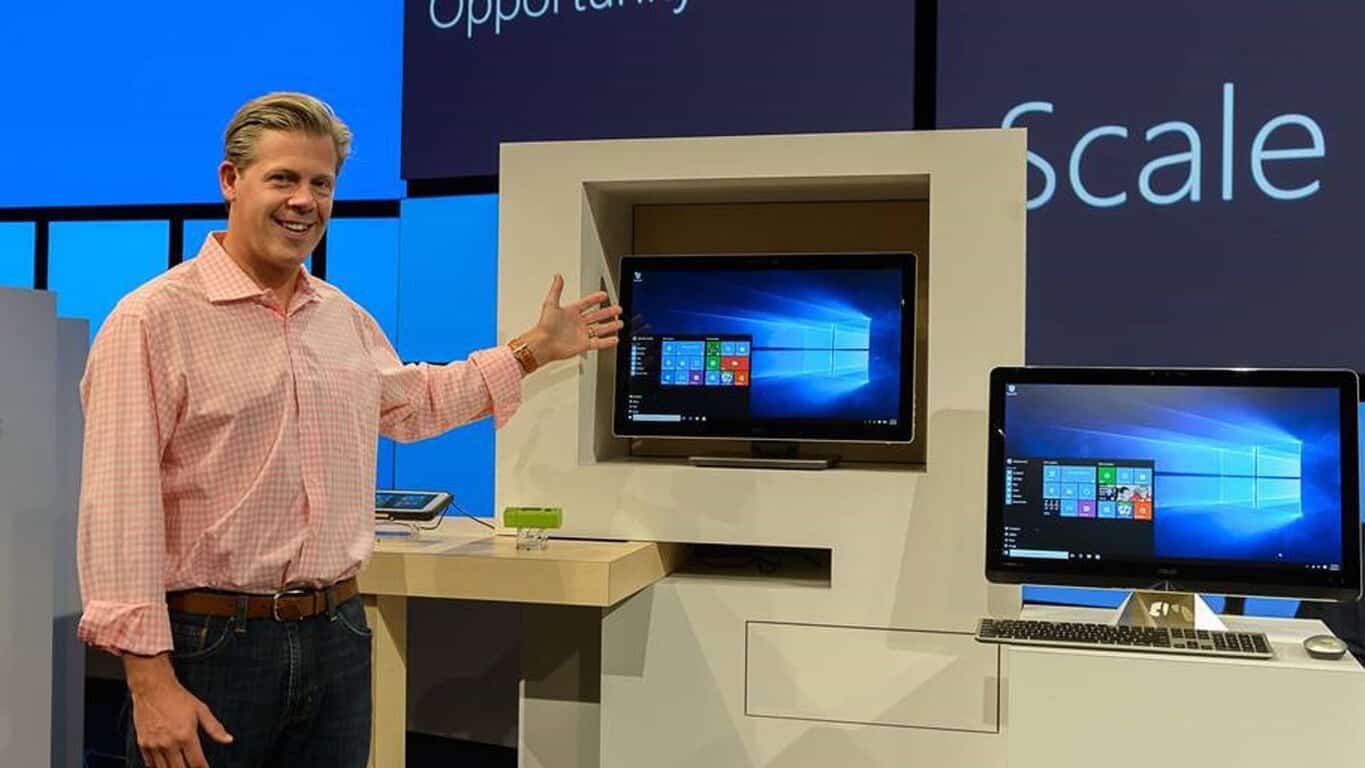 Microsoft’s OEM Division CVP Nick Parker just wrapped up his keynote at IFA in Berlin, and for close followers of Microsoft, there wasn’t much new to report.  Microsoft stuck to the script, bringing on their newest demo sensation Bryan Roper, who was a breath of fresh air at the WorldWide Partner Conference, but delivered much the same Windows 10 overview demo that he did at the earlier event.  Or at least he did for those in attendence: the live stream of the event only used one camera to show off the presenter, so viewers were unable to see anything of what was going on onscreen. The live stream came from IFA, not Microsoft, and up until earlier this week we weren’t sure we’d be able to watch it at all, so maybe one camera was better than none.

Luckily that didn’t matter much as Roper revealed little if anything new  Then Nick Parker came back onstage to take a quick walkthrough of a range of 3rd party Windows 10 devices from Dell, Toshiba, Acer, Asus, and others.  Parker showed off a Dell Latitude 11 for the first time onstage, and also showed off a Toshiba 2-in-1 that he called a “sneak peek”, not even revealing the name of the device.

Blogging Windows has an overview of some of the devices that Parker showed off, including the Acer Aspire One Cloudbook, the Lenovo ThinkPad Yoga 260, a Toshiba ED Logger IoT device, and the Acer ROG G752.

Microsoft is hoping to sell lots of Windows 10 devices in the coming months, and showcasing them at IFA definitely serves a purpose, even if us 7 million Windows Insiders were hoping for a bit of something really new, but that will apparently have to wait until the company’s near mythical hardware event, said to be coming sometime in October.

Are you ready to buy a new Windows 10 device?