Microsoft responds to carrier availability questions about Lumia 950 and 950 XL - OnMSFT.com Skip to content
We're hedging our bets! You can now follow OnMSFT.com on Mastadon or Tumblr! 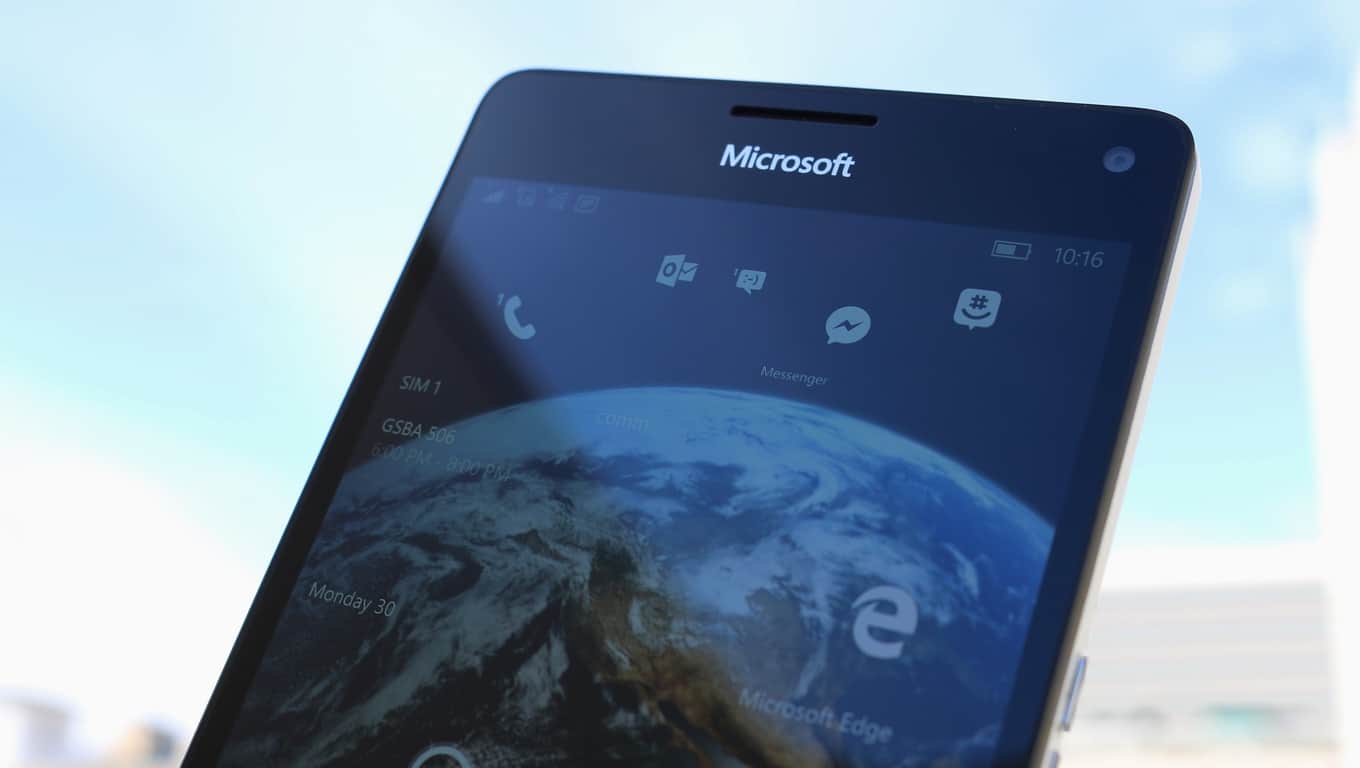 Over the weekend we reported that Verizon points the blame at Microsoft for the latest Windows 10 Mobile phones, the Lumia 950 and the Lumia 950XL, only being available for purchase at AT&T and/or unlocked at the Microsoft Store in the US.
In a response to a consumer’s letter, Verizon’s Consumer Inquiries and Complaints Division revealed that Verizon was never approached by Microsoft to sell either of the two latest Lumia phones. The letter stated:

“Because there has been little consumer demand for Windows 10 Smartphones, Verizon has chosen to not carry the Nokia Lumia 10 in its retail channels. However, if Nokia still wanted to make the device available to Verizon customers, it could have the device certified for use on the Verizon network through Verizon’s Open Development program. To date, Nokia has not chosen to do so.”

In the letter Verizon refers to Microsoft as Nokia. The statement reflected earlier comments by T-Mobile CEO John Legere who said,

“To be clear: We did not turn down the new Windows devices. MSFT gave to AT&T. If Microsoft wakes up, we’ll talk about T-Mobile carrying.”

Both of these statements strongly indicate that the lack of availability on multiple carriers is a clear conscious choice by Microsoft. After not bringing a premium phone to the market for nearly two years, this move has left consumers guessing why Microsoft would seem to be shooting themselves in the foot with only offering one of the two devices on a single carrier.
The single carrier launch strategy may have worked for the iPhone but that was also eight years ago and a completely different situation of an entirely new type of device coming to the market. And the strategy of a single carrier certainly did not help the monumental flop of Amazon’s Fire Phone in 2014.
The lack of wider carrier availability has been a little confusing as both Microsoft and AT&T have been precise in their wording to say that the Lumia 950 is being made available first with AT&T, and it is not an exclusive deal.

A spokesperson from Microsoft responded to the story offering the following explanation of why the Lumia 950 is only being offered by one carrier in the US. The spokesperson stated:

The comment seems to be very in line with Microsoft’s earlier stated plans for mobile which has been dubbed by some as a ”strategic retreat.” Speaking with ZDNet’s Mary Jo Foley earlier this year, Microsoft CEO Satya Nadella said they are undergoing a change in “[their] operating approach.” He further stated:

“I’m not going to launch a phone a day. I’m going to focus on a few phones that actually grab share that, in fact, showcase our uniqueness.”

The choice of going with a single carrier at the launch of the newest flagship may be a new operating approach to how Microsoft tries to pick its battles for certain markets.

While today’s statement from a Microsoft representative does not paint the full picture of Microsoft’s choice to limit the Lumia 950 and Lumia 950XL’s availability, it does seem to imply their approach is to wade into the market slowly and more thoughtfully. This appears to have resulted in Microsoft first introducing the phone on a single carrier in the US, where Windows Phone’s market share has historically struggled more compared to other markets.
The device and services company might be testing the market and more strategically deciding how and when to make a broader push with the devices. But as Windows Phone owners on other carriers besides AT&T are left still waiting for the chance to upgrade to a new flagship phone, the new emphasis on a strategic retreat in mobile will apparently keep them waiting even longer.
Until new carriers are announced, you can buy the Lumia 950 from either AT&T or the Microsoft Store. You can also buy the unlocked variants of the Lumia 950 and 950 XL from the Microsoft Store, either online or in person. An AT&T salesperson we talked to said they are not offering the 950XL because they do not support selling dual SIM phones, but that's not really official, as it's coming from pretty far down the chain.
What do you think of Microsoft's choice to start with a single carrier, and go wider in the long-term given their history with Windows Phone? Let us know in the comments section below.