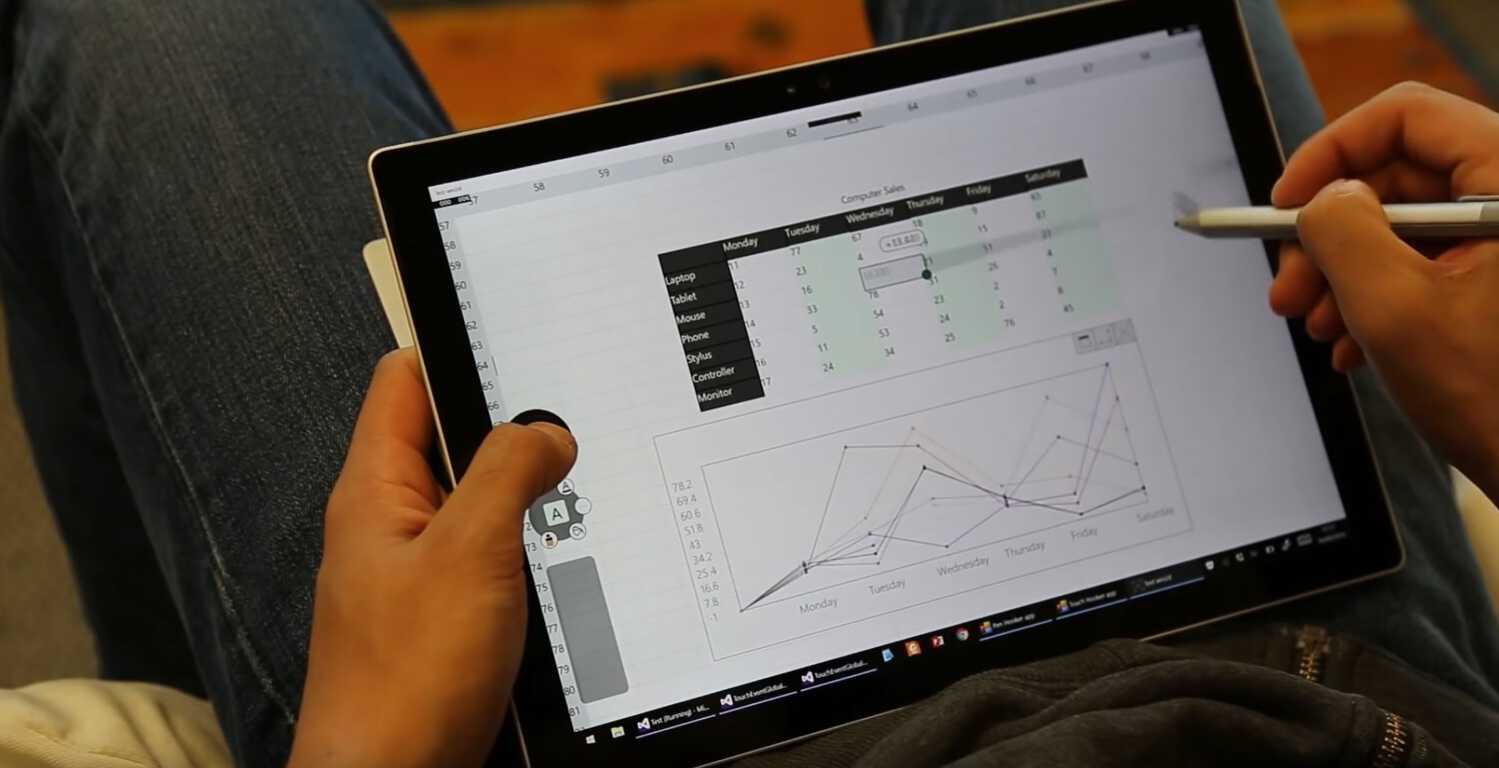 Microsoft has had a jam-packed two months teeming full of announcements, conferences, and hardware unveilings. Between the beginning of May until the last couple of weeks, the Microsoft news cycle has been a whirlwind of information, at times, hard to keep up with which is why news of thumb + pen interaction testing may have slipped the purview of many.

Back in May, the Microsoft Research team published a YouTube video detailing what thumb+pen interactions could look like in Windows 10.

According to the team, the idea is to compliment pen support with a more natural user flow and in the teams testing, they go beyond what most correlate pen us with, drawing.

Thumb + Pen Interaction on Tablets addresses the simultaneous, and complementary, use of pen & touch modalities for interaction in laptop scenarios, such as when using a Surface tablet on the couch, where the nonpreferred hand must often hold the device itself. In this case, the thumb is available and sufficiently mobile to manipulate many controls, enabling a whole new space of thumb + pen interactions. This can allow one to readily interleave use of a pen between annotation and cell-selection on a spreadsheet, for example, or to select cells and copy them to another (possibly distant) location on the sheet-thus illustrating how pen and touch (via the thumb) can afford a far more casual form of productivity, even when one is just kicking back on the couch with such devices.

The video below shows a couple of use cases for thumb+pen interaction support and in its rudimentary phase, the combination is rather impressive.

While the Windows 10 Fall Creators Update is all but packaged for desktop interactions at the moment, this testing of thumb+pen interactions may be marking a new focus for the Windows team.

A seemingly lack of focus on addressing the tablet portion of its hybrid operating system has long been a complaint from Windows 8 holdovers, iOS users wanting to try Windows and tech pundits looking a good fight between the Surface Pro and the iPad Pro.

However, it looks like, with thumb+pen interaction support, even business workers who deal in Excel sheets can find efficiencies in what could be Microsoft's re-focus on tablet workflows.

Microsoft isn't giving up on making Xbox succeed in Japan