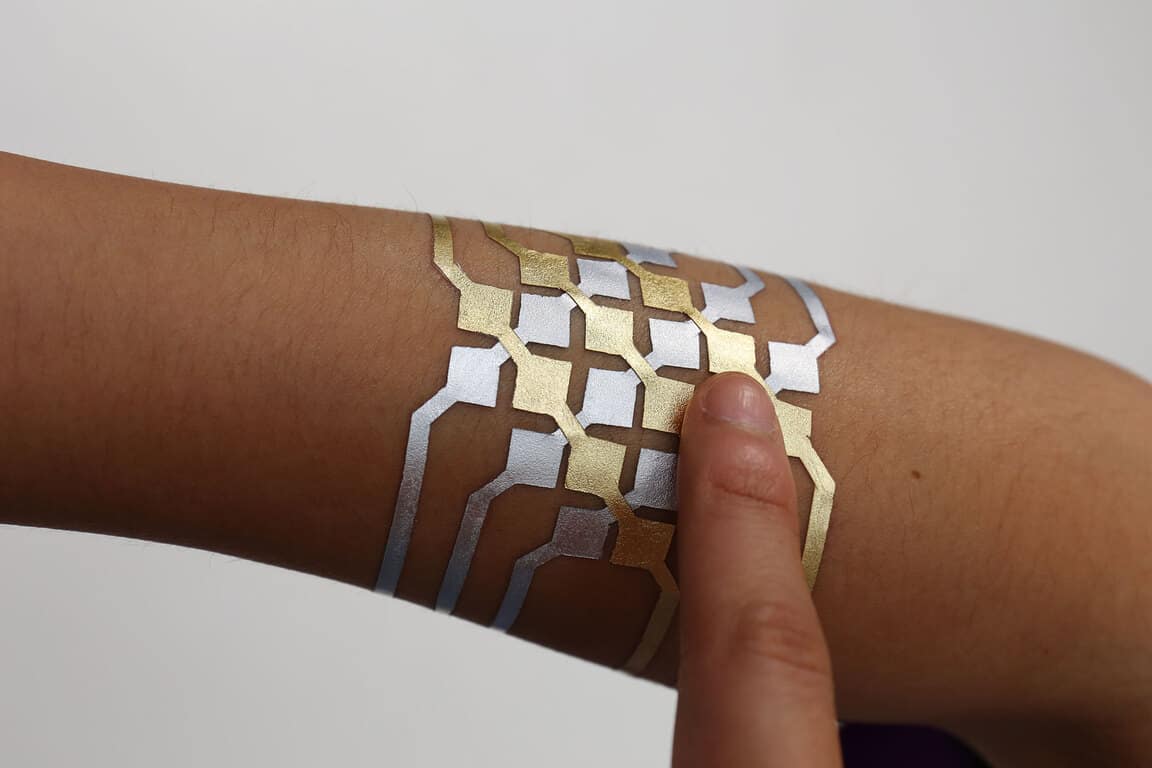 Over the last two years, Microsoft has dabbled with wearables with its own range of hardware that can be used as both a fitness tracker and a smart watch. Engineers from Microsoft Research are also looking into the area, but they are not exactly working on your average wearable.

A few months ago, we reported that the researchers published a research paper about Tattio, a proof of concept for a tattoo-inspired temporary connected skin device that could store NFC tags and circuitry while being skin-safe and customizable. Following this first breakthrough, Microsoft engineers have now teamed up with a group of PhD students from the MIT Media Lab to create DuoSkin, a customizable and temporary tattoo that can store information, sense touch input and also display information (via The Verge).

Just like Tattio, DuoSkin uses gold metal leaf which is described as “cheap, skin-friendly, and robust for everyday wear” by the researchers. Smart tattoos are designed with graphic software, and the design process allows the researchers to use metal leaf to achieve a jewelry-like look for the on-skin electronics. Three specific use cases have been detailed by the researchers so far:

“We believe that in the future, on-skin electronics will no longer be black-boxed and mystified; instead, they will converge towards the user friendliness, extensibility, and aesthetics of body decorations, forming a DuoSkin integrated to the extent that it has seemingly disappeared,” explained the researchers. The technology will be presented at International Symposium on Wearable Computers 2016 in Heidelberg, starting September 12th, let us know in the comments if you think wearable tattoos could become mainstream in the future.