Microsoft Research has brought forth great ideas, innovations, and interesting research projects from a wide variety of participants. Over the past couple of years, we’ve reported on several researchers who have brought artificial intelligence, computational thinking and smart road projects to the public.

Among the highlighted researchers, we’ve noticed a growing trend of women who have led advanced exploration in computing and technology, and it seems Microsoft has also made the same observation.

Microsoft Research’s distinguished scientist Susan Dumais is highlighting the recent announcement of the company’s efforts to support women in computing through its fellowship program.

At Microsoft Research, we’re committed to helping address this imbalance through the Microsoft Research Women’s Fellowship Program. The fellowships directly support female computer scientists as they pursue graduate studies, providing US$20,000 for tuition and conference travel. Also, the program connects recipients with a Microsoft mentor and researchers in their area of study and facilitates recipients to interact with each other in a collaborative peer community.”

In addition to supporting women in computing fields, Microsoft Research will also be supporting other diversity-related initiatives such as the NCWIT Academic Alliance Seed Fund. The NCWIT is a US-based academic institution designed to develop processes for recruiting and training women by enticing them with a financial investment of up to $10,000 per project. Another diversity program Microsoft Research is supporting is its DigiGirlz, a YouthSpark program intended to capture the interest of middle to high school aged girls exploring early computer science programs. 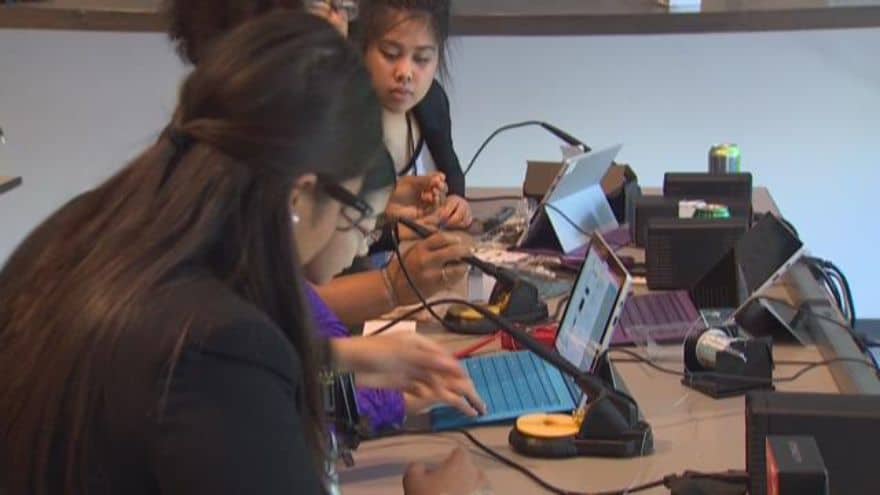 As for the fellowship program, Microsoft has already named ten winners of the $20,000 fellowship award for 2016. The ten ladies are all studying various emphasis of computer science that includes human-computer interaction, natural language processing, and computational biology among others.

For many, being associated with Microsoft Research in any way is an honor in and of itself, adding a financial incentive can be the cherry on top for women who may have been hesitant or inhibited in exploring computer science as a realistic outlet or career goal.