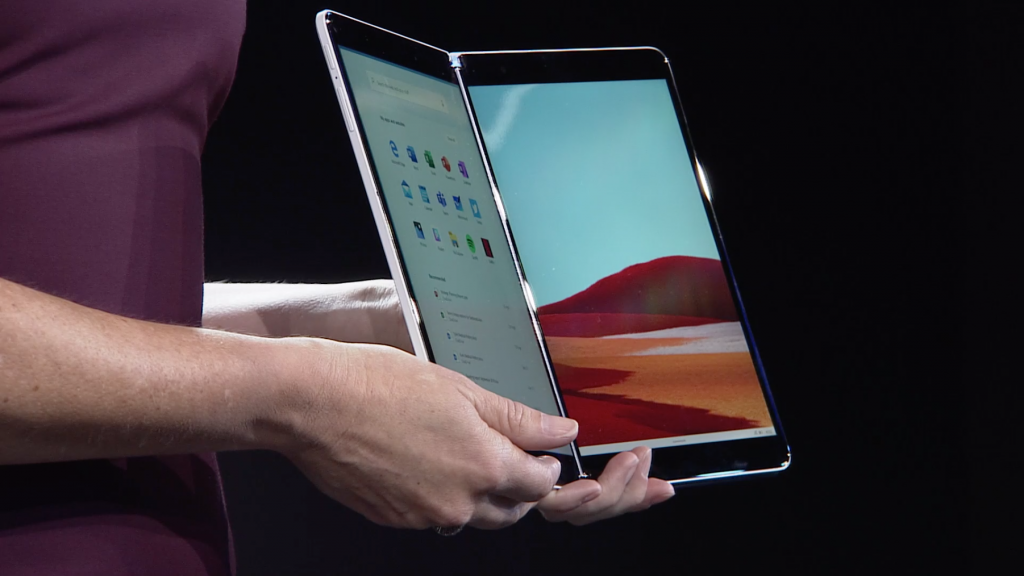 A late afternoon blog post by Mary Jo Foley reveals that, according to her sources, Microsoft won't be delivering its Windows 10X powered Surface Neo dual screen device this year, nor will it ship Windows 10X to other OEMs for 3rd party Windows 10X dual screen devices in 2020. The delay is being attributed to the effects of shutting down the Microsoft campus as well as supply chain issues due to COVID-19. However according to Foley the Surface Duo, which will run on Android and not any variant of Windows 10, is not being delayed, at least not yet.

Foley reports that "Microsoft's new priority is to get Windows 10X on single-screen devices first." When announcing the Surface Neo and its Android powered cousin, the Surface Duo last year, Microsoft said that Windows 10X was planned for dual screen devices only, although the company had reportedly already been working on 10X for clamshell devices. Brad Sams is also reporting that he's hearing "that the company is planning to release a version of 10X in the near future, possibly at Build, that will run on existing devices, but will be for testing purposes only."

According to Foley, one sticking point may be how well the plan to containerize Win32 apps to run on Windows 10X, and "the inside word was the team had a long way to go to make this something "normal" users would understand and accept, as compatibility levels were not great." It may be that by releasing Windows 10X early for some form of insider testing, something that was never clear was going to happen with the dual screen first plan, may now be seen as being more useful.

What do you think, is this the right move for Microsoft? Would you prefer trying out Windows 10X on a single screen device, or are you saddened by the Surface Neo news? Let us know in the comments below