Microsoft reported to cancel its Ignite conference in Chicago - OnMSFT.com Skip to content
We're hedging our bets! You can now follow OnMSFT.com on Mastadon or Tumblr! 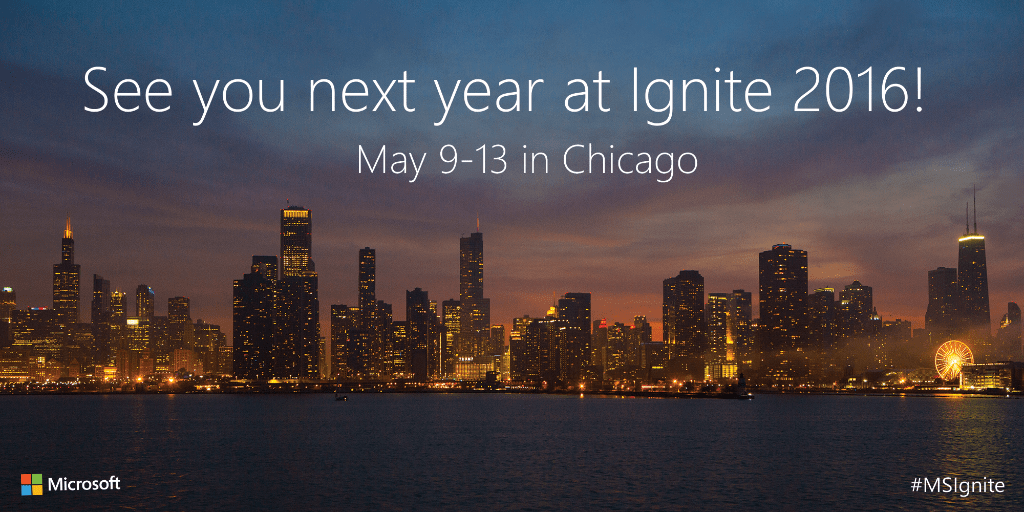 The Chicago Tribune is reporting that Microsoft has canceled the 2016 Ignite Conference which was set to occur May 9-13 at McCormick Place in Chicago.
The Tribune’s sources said that Microsoft wanted to reschedule for later in the year, but McCormick place was unavailable. The Tribune’s article was not able to clarify if alternate locations or cities are being considered, or if the conference is all together being canceled, as a Microsoft spokesperson declined to comment to the Tribune.
Microsoft’s Ignite conference this last May was the first for Microsoft, who used the new conference to consolidate its various conferences related to enterprise technology. The conference focused on demonstrating new Windows, Office, and Azure features important for enterprise customers and IT professionals.
The Tribune is also reporting that the loss of Microsoft’s Ignite conference is a blow to the city’s technology community and tourism industry. In total, the cancellation will affect more than 50 hotels and result in the loss of 90,000 room nights. The loss will increase Chicago’s projected deficit of convention room nights to nearly 300,000 for 2016.
It is possible the conference or some version(s) of it will continue at some point in 2016 for a number of reasons. Windows 10’s adoption by enterprise customers is a big part of their plan for its latest operating system to be on a billion devices in 2-3 years. Additionally, Enterprise customers has been a long standing core of Microsoft’s customer base and the technology company has been making big investments in its growing commercial cloud based solutions, such as Office 365 and Azure. Still, with no official word from Microsoft about the reported cancelling of Ignite, it remains to be seen exactly how Microsoft will continue to showcase its latest technology to the enterprise customer segment, or why the May dates wouldn't work.
What did you think of Microsoft’s first’s Ignite conference? Do you hope that it continues in Chicago or elsewhere? Let us know in the comments section below.

Skype Translator helps you communicate in up to 50 languages