Microsoft Defender is the built-in antivirus tool that comes bundled with Windows 10, and it provides real-time protection against malware and viruses. While Microsoft hasn’t provided the ability to disable the program using the Settings app, there was still a way to disable it permanently through a Registry key.

However, Deskmodder noticed that Microsoft has disabled the registry key (DisableAntiSpyware) which IT Admins could use to shut down Microsoft Defender beginning with the Windows 10 August 2020 update. The Redmond giant has confirmed the change in an update to the DisableAntiSpyware documentation (via MSPoweruser). According to Deskmodder, third-party software such as Defender Control should still work, though.

“This setting is discontinued and will be ignored on client devices, as of the August 2020 (version 4.18.2007.8) update to Microsoft Defender Antivirus,” the support document reads. 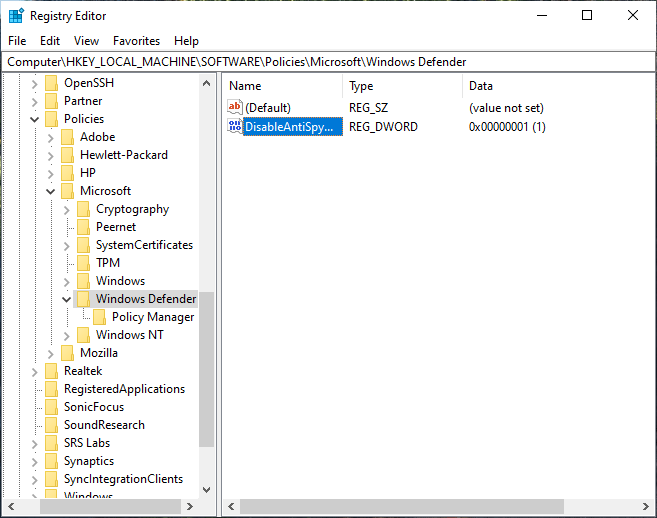 This move is quite surprising since thousands of users who have been using the registry hack to disable Microsoft Defender to run third-party antivirus solutions on their PCs. By removing this capability, Microsoft probably wants to push more users towards its own antivirus tool. Did you notice the change on your PCs? Let us know in the comments down below.