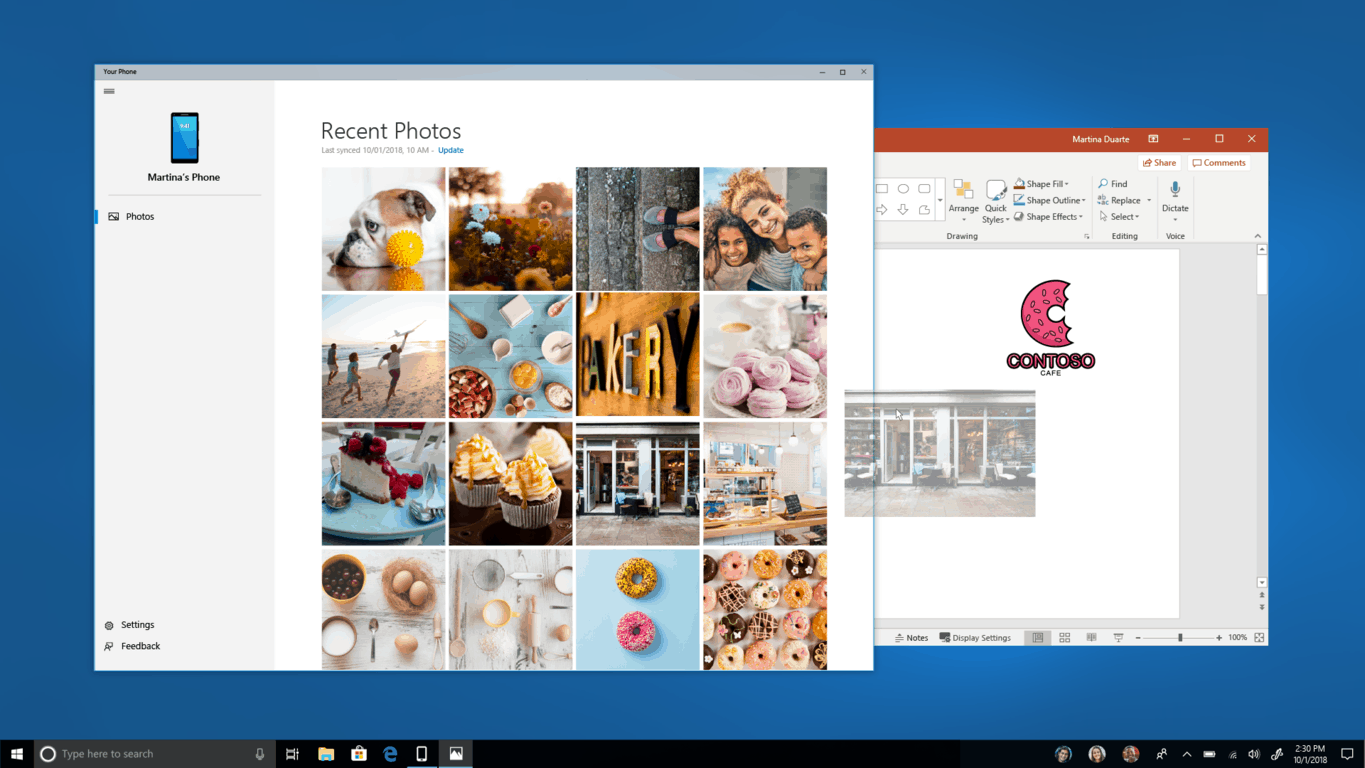 Microsoft’s second Redstone 5 Bug Bash may still be ongoing, but that didn’t prevent the company from releasing a fresh new RS5 build today. Indeed, the RS5 build 17728 is now available for Windows Insiders in the Fast Ring, and Microsoft is using this new flight to tease the Your Phone app that was announced during the Build developer conference in May.

The Your Phone app on Windows 10 will soon allow iOS and Android users to sync some content from their phones (including recent pictures and text messages) to their Windows 10 PC. The new build 17728 doesn’t come with a fully working version of Your Phone, but Microsoft says that the app will now prompt users to install an app that will do the syncing with Windows 10 PCs.

Microsoft plans to start testing photo and message syncing with Android users in the coming weeks, but iOS users will apparently have to wait a little bit longer to enjoy similar features. In addition to the Your Phone stuff, the build 17728 also brings several Narrator improvements. You can learn more in the full release notes below:

You love your phone. So does your PC.

Coming soon, we’re bringing the first set of features to Your Phone app for Windows Insiders with an Android device. Snap a pic on your Android, see it on your PC. You can finally stop emailing yourself photos. With Your Phone app, your Android’s most recent photos sync to your PC automatically. Need to add a photo to your presentation? Want to spruce up that selfie with some Windows Ink action? Just drag and drop.

And rolling out in the coming weeks, Android users might also start to notice a desktop pin taking you directly to Your Phone app – for quicker access to your phone’s content.

To light up this experience, open Your Phone app. You will receive an app from Microsoft which you must download to your mobile phone and follow the setup prompts. Android 7.0 and above are compatible with Your Phone app. For PCs tied to the China region, Your Phone app services will be enabled in the future.

For iPhone users, Your Phone app helps you to link your phone to your PC. Surf the web on your phone, then send the webpage instantly to your computer to pick up where you left off to continue what you’re doing–read, watch, or browse with all the benefits of a bigger screen. With a linked phone, continuing on your PC is one share away.

From Joe Belfiore’s blog post on Microsoft 365, check out what we’ve got in store for you in a future WIP release. We’re working hard to bring these experiences forward soon.

We have made the following changes and improvements:

For once, Microsoft is giving some new features to Fast Ring Insiders while leaving Skip Ahead Insiders in the cold. That probably won't last long, but as July is coming to a close we doubt that a full-featured Your Phone will ship with the Redstone 5 update this Fall. The Windows Insider team will do a new Mixer webcast tomorrow at 10 am PDT, so may we learn more about what's coming ahead during the livestream.