Microsoft has just released the 20H1 build 19018 for Windows Insiders in the Fast Ring, which is another minor update that brings improvements to Windows Search. After installing this build, you’ll find five new “Quick Searches” shortcuts at the bottom of the Search window with four different options: Weather, Top news, Today in history, and New movies. 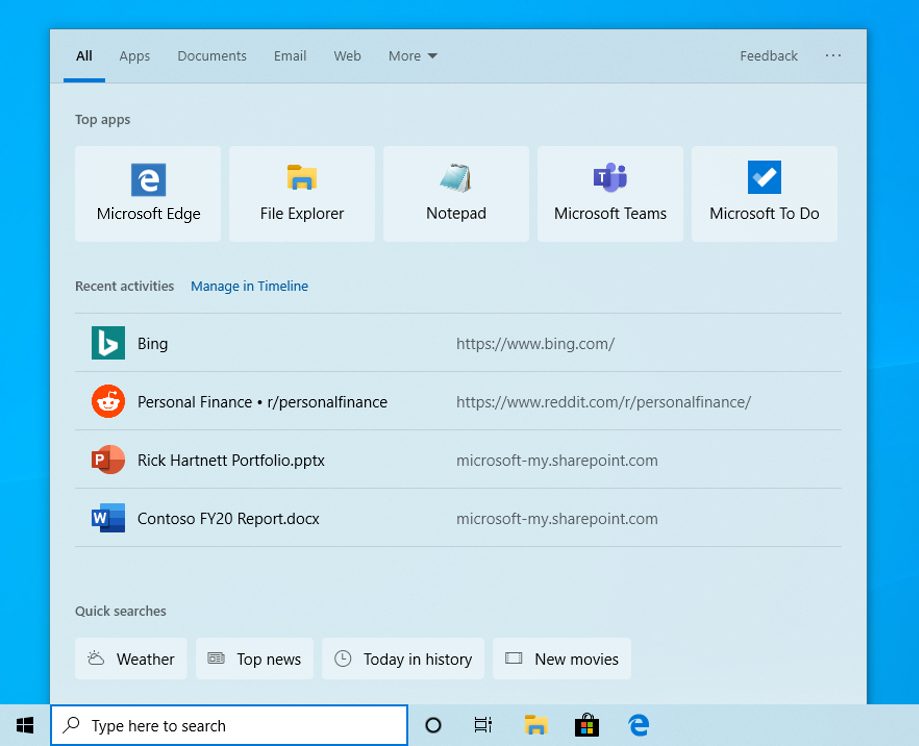 For now, quick searches are only available in the US, and they’re actually rolling out to all users running Windows 10 version 1809 and newer. Another Windows Search update that Microsoft mentioned in the release notes is an updated design for web preview in search results. You can see how the small tweaks look in the screenshot below: 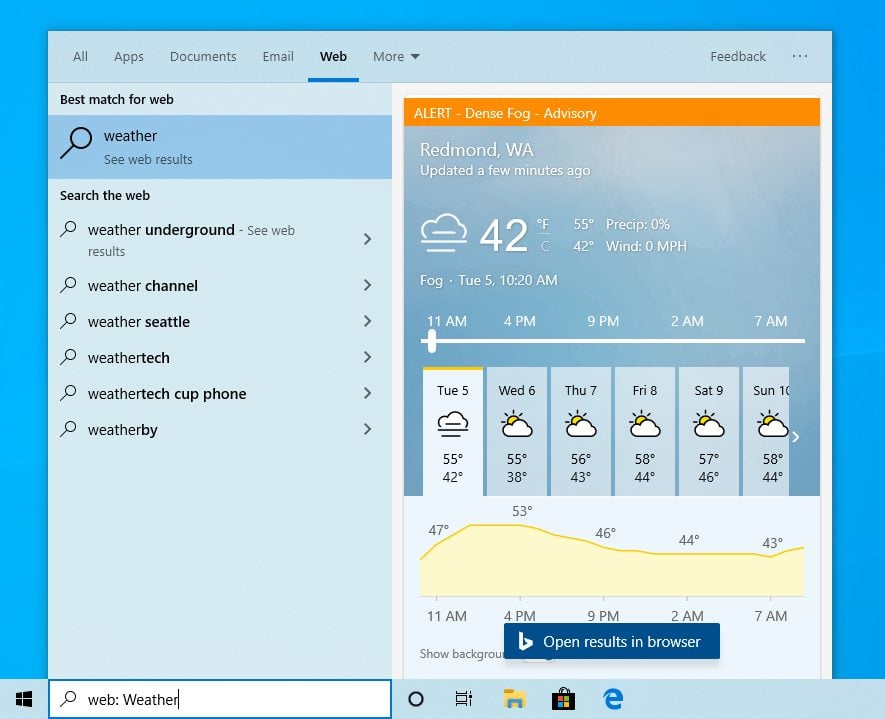 Microsoft didn’t specify if this second change was another server-side update like the quick searches addition, but such a minor change likely doesn’t require a new build download. Rest assured that this new build comes with the usual quality improvements, including a fix for an issue could result in Search sometimes not rendering in the enter space available within the Search window. You can learn more about all the bug fixes and known issues in this build in our separate post.