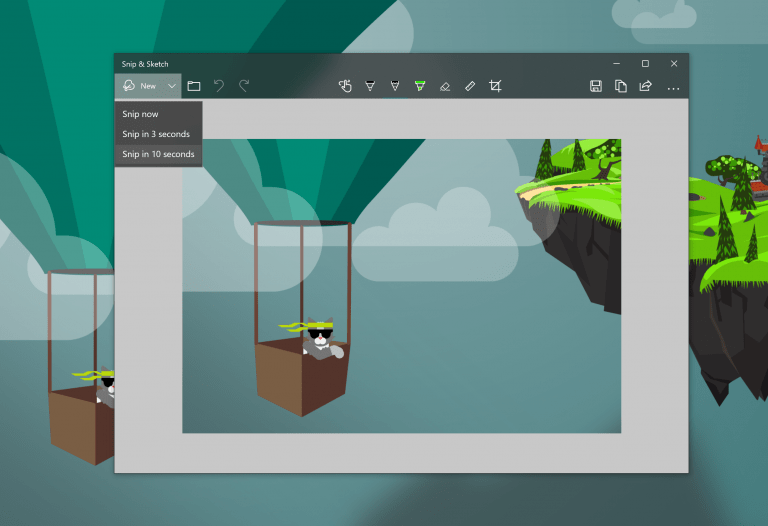 Just yesterday, Microsoft tweeted out an explanation for the lack of Skip Ahead Windows Insiders builds, saying that a new candidate was in the works but needed validation. The company today followed up to deliver on that by releasing Windows 10 19H1 Skip Ahead Build 18234. Here's what's new in this release.

As noted before, with this latest build, you Skip Ahead Windows Insiders can now ink lists in the Microsoft-To Do app with your pen or stylus. You also can also enjoy Sticky Notes 3.0, which we documented last week. Finally, the renamed Snip & Sketch App now has a fully working delay snip feature, as Microsoft has addressed the issue from build 18219 which kept it from working.

Though mainly just a set of app updates and improvements, that is all that is new in this build. Development of the Windows 10 19H1 update just started, and Redstone 5 is nearing release, so you can expect for more new features on the 19H1 side soon. Get downloading and updating now, and let us know in the comments below how these features are working for you.

Windows 10 Insiders are treated to a long list of fixes, changes, and improvements with Skip Ahead 19H1 Build 18234