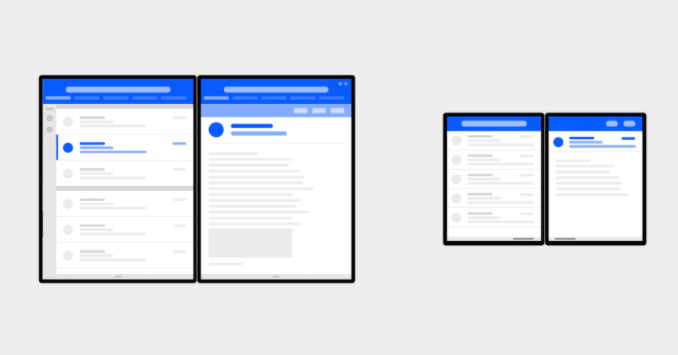 Microsoft first started talking about the Surface Neo and Duo developer story back in November, and the company is following up today by announcing dual-screen preview SDKs for Surface Neo and Windows 10. Developers can download the preview version of the Surface Duo SDK today, while the Windows 10 version will be available in the coming weeks.

"The preview SDK gives developers a first look at how you can take advantage of dual-screen experiences,” explained Kevin Gallo, CVP of Windows Developer Platform. Starting today, developers who download the SDK will have access to an Android Emulator with a preview Surface Duo image for Android Studio, as well as native Java APIs to create dual-screen experiences for Surface Duo. Microsoft has more documentation on how to create apps for dual-screen devices on this page.

While today's announcements are software-related, Windows Central's Zac Bowden did spot in the documents mention the dimensions of the Surface Duo displays, and the two separate screens will have a 1350x1800 resolution.

Microsoft will share more details about dual-screen experiences with developers during its Microsoft 365 Developer Day on February 11 at 8:30 AM PDT. This will be an online event that will be streamed on this page.