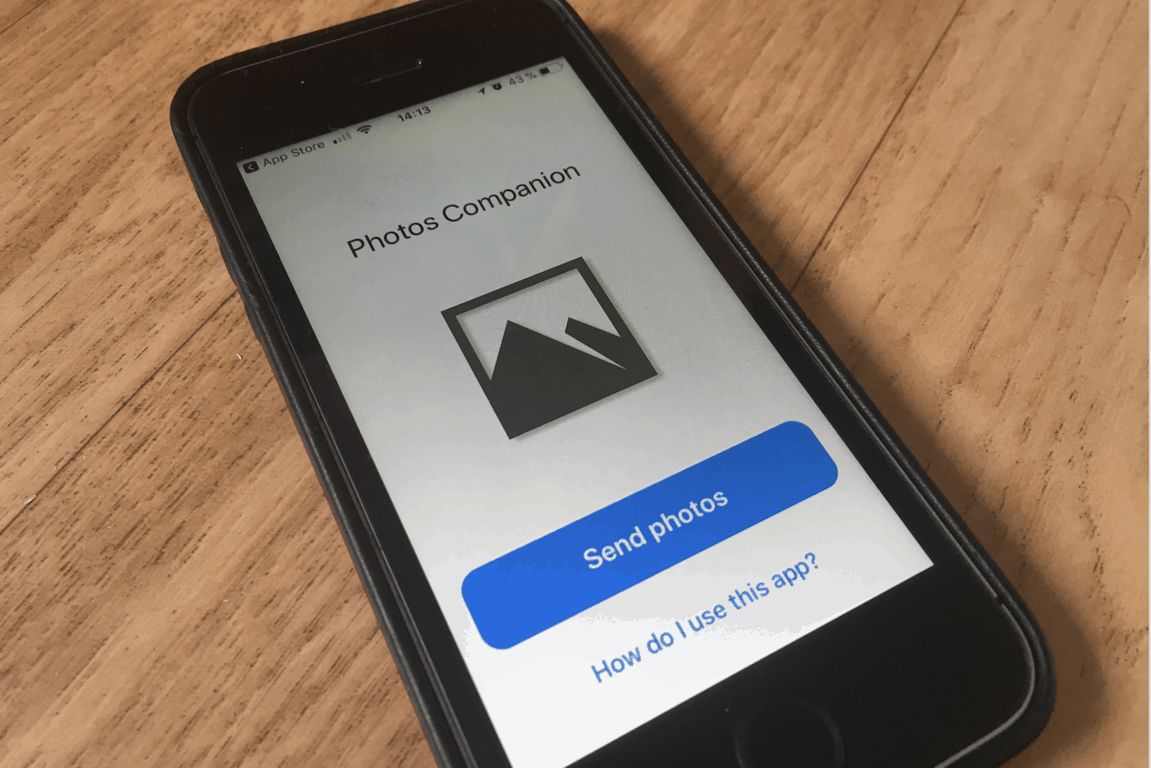 Photos Companion, a new app from the Microsoft Garage team has just been released on iOS and Android. As its name suggests it, this is a companion app for the Windows 10 Photos app, and it lets you easily transfer photos and videos from your smartphone to your PC over Wi-Fi.

This app may not be useful for people already using OneDrive to sync photos across devices, but it may be an interesting alternative for people who don't have a Microsoft account. “While we built the Photos Companion with students and educators in mind, we know it will be useful to anyone who is looking to complete an epic video project, send media to a friend’s PC, or just get that one special photo onto their computer so it can be edited and turned into the next great post, cover photo, or presentation,” the Microsoft Garage team explained.

To use the app, you’ll first need to open the Photos app on your Windows 10 PC, go to Settings and then turn on “Help Microsoft test the mobile import over Wi-Fi feature.” This option is available in the version 2018.18011.13110.0 or higher.

The process is pretty straightforward, though it's worth noting that you'll have to scan a QR code everytime you want to transfer photos from your phone to your PC. The OneDrive mobile app, which can back up all your photos in the background and sync them to the Windows 10 Photos app will probably remain a much better solution for consumers.