After Microsoft announced yesterday that the existing Windows Insider rings would be replaced by new Windows Insider channels, the company is following up today by officially announcing the Windows 10 20H2 update. This next feature update will be available later this fall, and it will be the first Windows 10 version to ship with the new Chromium-based Edge.

“The 20H2 feature update will be a scoped set of features and include the new Microsoft Edge based on Chromium,” the team said today. Just like Microsoft did for the November 2019 Update last year, the 20H2 update will install like a monthly cumulative update, a process that doesn’t take more than a couple of minutes. This will only apply to users already running the May 2020 Update, though, and users coming from older versions of the OS will need to go through the regular update process that takes a bit more time.

Microsoft is releasing the first 20H2 build to Insiders in the Beta channel (previously Slow Ring) today, and the build 19042.330 is now available for all “seekers” in that channel. This build includes the new Microsoft Edge, as well as fixes from last week’s June Patch Tuesday update for the Windows 10 May 2020 Update. “Once an Insider updates their PC to 20H2, they will continue to automatically receive new 20H2 updates through Windows Update using our using servicing technology (like the monthly update process). Over time, more new features and improvements will be delivered through this process,” explained Brandon LeBlanc from the Windows Insider team. 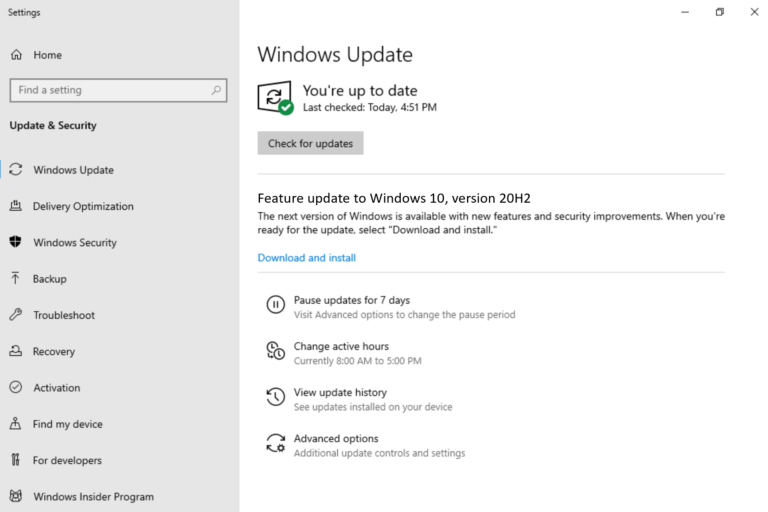 One last important thing we learned today is that the Windows Insider will no longer use A/B testing in the Beta channel to test new features, like it did last year during testing of the November 2019 Update:

We don’t know yet what other new features will be included in the 20H2 update, and a separate post from John Cable, Director of Program Management, Windows Servicing and Delivery, didn’t provide more information. “Broad availability of Windows 10, version 20H2 will begin later this calendar year and we will provide more information as we get closer to the launch of this next update,” wrote Cable.

While the Beta channel starts testing 20H2 bits today, the new Dev channel (previously Fast Ring) will continue to receive builds that are not tied to a specific release. These are exciting times for Windows Insiders, and we hope to get more details about new features soon.