Microsoft is letting Windows Insiders know that they can get their hands on the first preview code release of it PowerToys starting September 5, 2019.

While not the power saw or sandblaster as the name might imply, Microsoft’s PowerToys are instead a set of utilities designed for use by “power users” to help streamline the Windows experience and boost productivity that dates back to the Windows 95 era.

Back in 1995, well adept Windows users were handed the first version of MPT’s that included 15 tools such as CabView, CDAutoPLay, Desktop Menu, Explorer From Here, FindX, QuickRes, Telephony Location Selector, Xmouse 1.2 and more. The rebooted 2019 version of MPT now starts off with just two utilities and code found for the project at GitHub that include Windows key Shortcut guide and a Window manager dubbed FancyZones. 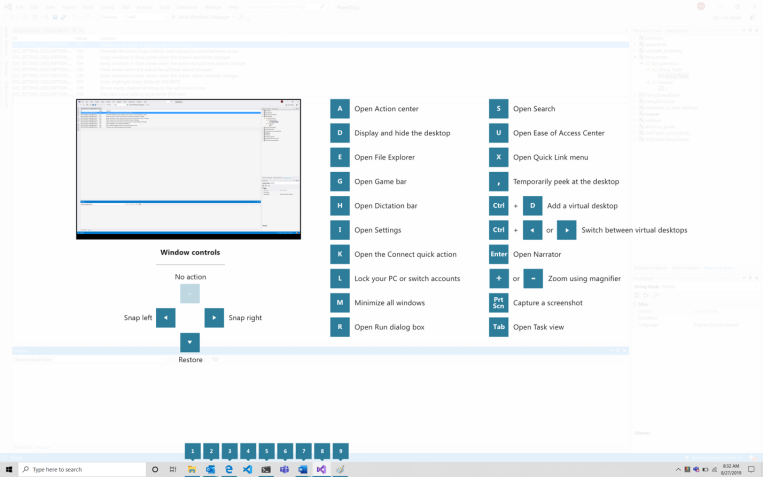 Meanwhile, FancyZones is a bit more nuanced in its application enabling cached versions of Windowed app layouts for quick restoration of desktop arrangements by using templated or custom layouts.

The editor also supports creating and saving custom layouts. This functionality is in the Custom tab in the editor UI. There are two ways to create custom zone layouts, window layout and table layout. These can also be thought of as additive and subtractive models. The additive window layout model starts with a blank layout and supports adding zones that can be dragged and resized, similar to windows.

Microsoft is pointing developers to its project on GitHub and encouraging feedback on the two new utilities while also hoping developers have a look at its backlog of other utilities for inspiration.