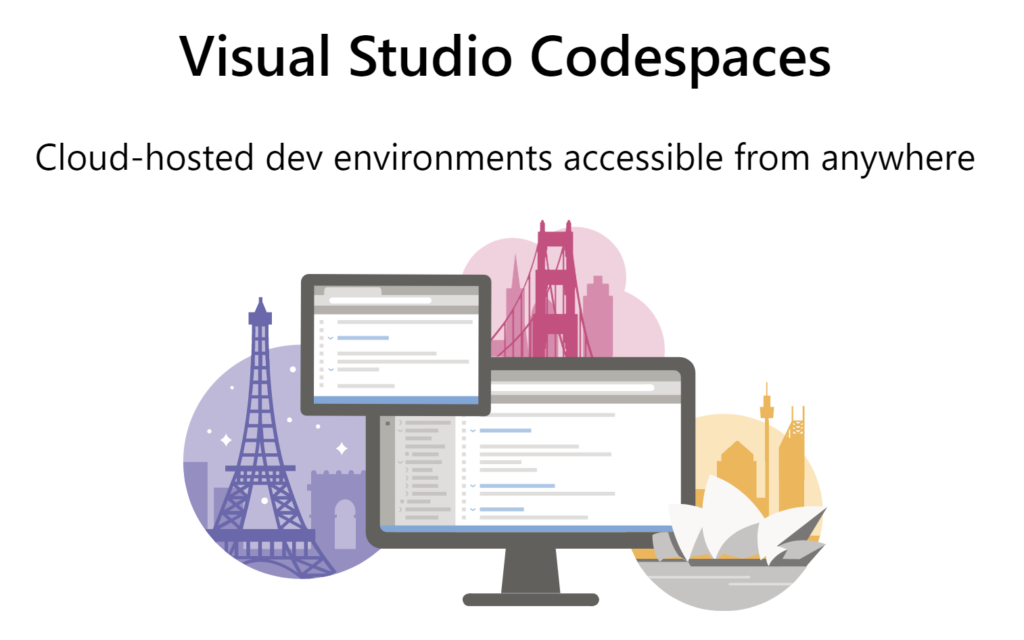 Microsoft is continuing to refresh, refine, and update its products at a rapid pace. Today, Microsoft announced that Visual Studio Online would now be known as Visual Studio Codespaces, and the company will also be dropping the price of the service by up to 50% along with new options to run Codespaces inside lower-performing virtual machines.

The new rebranding is set to begin in the next few weeks and will include a new tagline saying that “Codespaces are simply the most productive place to code.” According to Microsoft’s blog, many developers and users of Visual Studio Online indicated that the service was much more than simply an editor in the browser, and the changes announced today were a direct result of that feedback. “One of the most consistent things we’ve heard is that the ability to create cloud-hosted dev environments is having a positive impact in more ways than we had thought,” the company said today

Over the past month, Microsoft has been working to make remote development even better for its users. In addition to today’s news that gives users more flexibility in picking their sizes, Microsoft has also made significant improvements related to their self-hosted environment capabilities. Anyone can now register any machine to Visual Studio Codespaces and either connect to it using Visual Studio Code or Microsoft’s browser-based editor.

Another new remote feature Microsoft recently added was a new “bring-you-own” Dockerfiles or images to Codespace. A user can configure Codespace to point to an image from a registry like Docker Hub or placing a custom Dockerfile in a local repo.

Anyone can begin using Visual Studio Online today, and we expect that there will be more news in May during Microsoft’s virtual Build conference in May.