Everything is coming up Teams as far as Microsoft's rebranded collaborative communications are concerned.

Microsoft has just unveiled its new Teams Room service which is essentially a rebranding of its Skype Rooms Systems. Prior to the explosive growth of Microsoft's collaborative chat services Teams, the company's main communication tools were a bevy of Outlook, Skype and Lync.

However, in just two years time, Microsoft Teams has managed to envelope many of the companies communication efforts and as of today, its branding is getting plastered on the former Skype Room Systems.

In light of this momentum, and to mark our commitment to making Teams a complete meetings and calling solution, we are rebranding Skype Room Systems as Microsoft Teams Rooms.

This rebranding signifies the continued delivery of features being built to enhance Teams meetings experiences. Our goal is to extend Teams meetings into every space from small huddle rooms to large conference rooms.

Beyond a simple rebranding of the name, the Skype Room Systems software is also receiving a facelift as well as Teams gaining additional convenience features

For anyone concerned about their current Skype for Business Call flow being disrupted by the change, Microsoft assures customers that the new Teams Rooms rebranding will work with the old setup as the company has already rolled out the change and done the transition for more than 2,400 Meeting Rooms around the world. 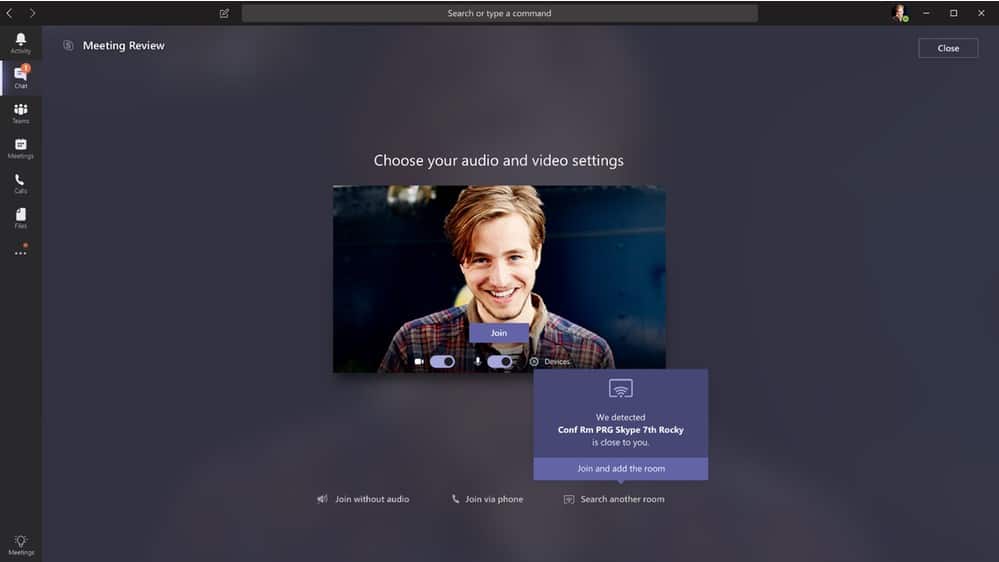 Microsoft is also rolling out an update to hardware to accompany the change for customers who purchased a T56A, T58A and CP 960 tabletop touch screen enabled conference phones.

Bing is down in China, did it get blocked by the Great Firewall?