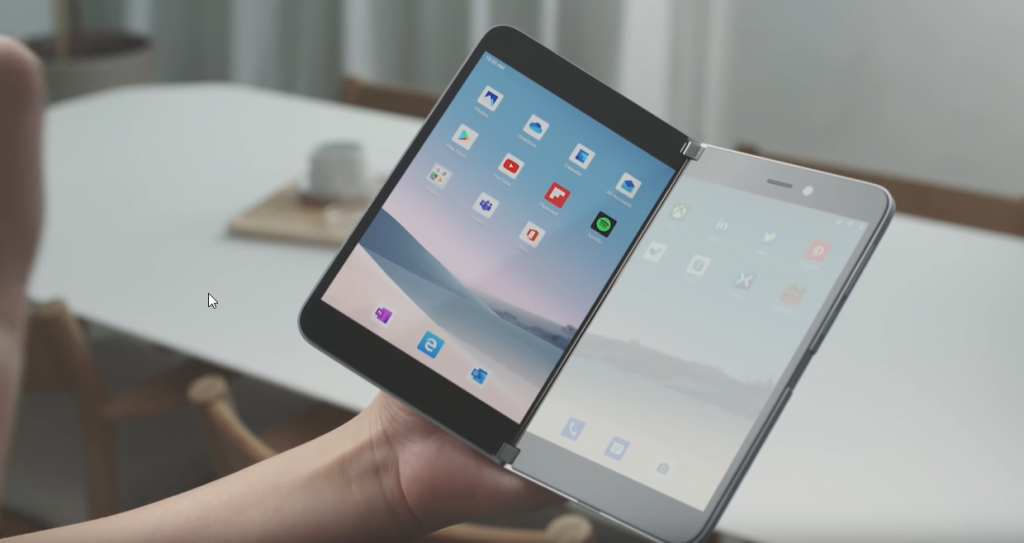 The Duo, which appears to run the same Windows 10 X operating system as the Neo (update: multiple reports are saying Duo is indeed running Android. I was initially confused in that the video shows the device “spanning,” a feature touted for Windows 10X earlier in the presentation. You can see it at about 1:21:30 of the Surface event video), but also running “all Android apps,” this new device will feature dual 5.6″ screens.

We have been pretty busy at work… Welcome #SurfaceDuo!📱 #android #AndroidDev

Details are light on it so far, and Panay promised to share the development promise with developers in the coming months. We’ll have lots more coming up soon, but for now, we’re blown away.

Update, here’s the “Introducing Surface Duo” video that was shown at the event:

We’re hearing that some decisions about the Duo have not been finalized, such as whether or not to even include a rear camera (a phone with sub-par camera in this day and age could be a non-starter as a phone replacement!). We’ll continue to bring you all the latest on Neo, Duo, and all the new Surface devices, stay tuned!