Microsoft announced its bridging tools for both Android and iOS a little over two years go and after some time and development, the company has since shuttered its efforts on the porting technology previously announced for Android. At the same time, Microsoft has put its full backing behind its bridge for iOS, commonly known as Project Islandwood, as a more stable and developer-rich experience for the platform.

Now, the only obstacle to streamlining its app porting efforts for Windows 10 is getting iOS developers interested in bringing over their iOS-first experience and to date, there have only been a handful who have taken the bait.

One the few who are bringing over their iOS apps to Windows is Pori Fashion Show, an iOS app ironically written by an experienced Microsoft designer. 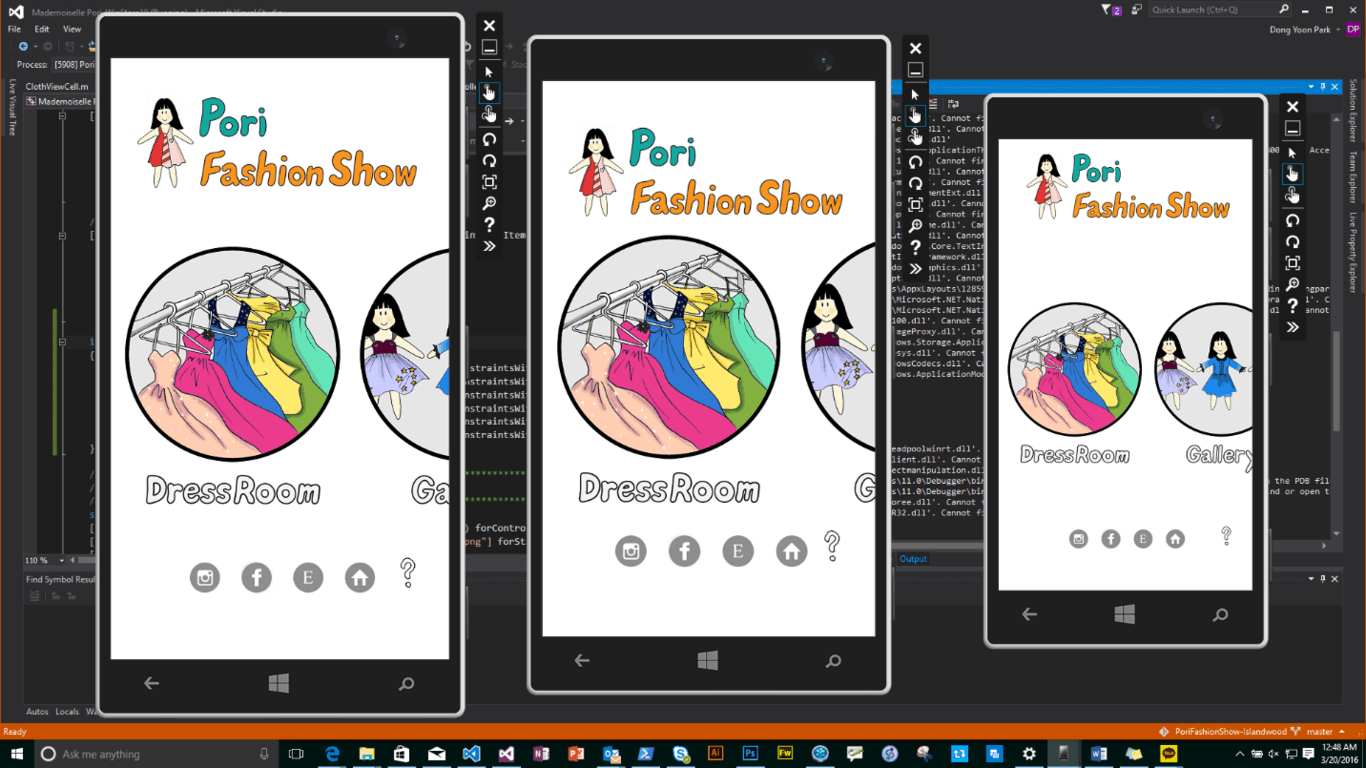 To offer a bit of insight into what it takes to port iOS apps over to the Windows 10 Store, Dong Yoon Park, senior user experience designer at Microsoft, has offered up a walkthrough of sorts to app developers.

On first run, he was excited to see the app on the phone without modifying any code. The app was working well, just as it had on tablet and desktop, but some of the UI elements were cropped, so Park decided to optimize the layout for phone.

The Windows design guideline provides the break points for adaptive and responsive design. You can use this as guideline for setting up the threshold for your own app’s content layout.

Note: If you are using pre-compiled SDK, you can directly run your app on phone by changing the platform to ‘ARM’ and the target to ‘Device’. If you are using full git repository and compiling the SDK yourself, you need to compile the SDK (\WinObjC\build\build.sln) for ARM, too. You can follow these instructions—the only difference is that you have to choose ‘ARM’ instead of ‘Win32’.

These are just a couple of stages Park went through in tweaking his app to work the Windows 10 platform. There are several other fixes and adjustments that include corresponding via GitHub, leveraging Guidelines for tile and icon assets, the Windows Store submission process, and creating app packages with Windows Apps Certification Kits, just to highlight a few.

Interested developers are encouraged to visit the Building Apps for Windows blog. The process may appear daunting at first, but Microsoft has assured developers that the process should be relatively painless.