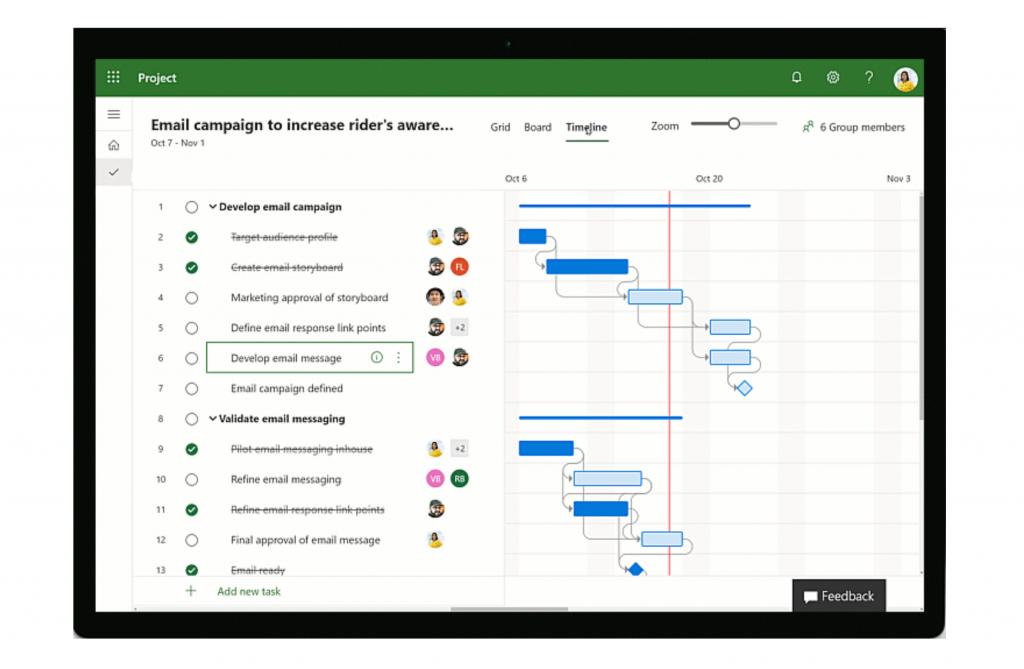 Microsoft announced this morning the general availability of the new Microsoft Project, which has been rebuilt for Microsoft 365. The new version of the project management software comes with a redesigned UI, as well integrations with Office apps such as Microsoft Teams and PowerBI.

For those unfamiliar with it, Project is a long time Office product (the first version launched in 1984), but until now it hasn’t been generally bundled in with subscriptions. Project is available as a cloud-based solution you can get with a subscription, or as a on-premises solution for those who don’t need collaboration tools and other advanced features.

The new Project that Microsoft is launching today represents the new vision for modern work management that the company unveiled last year. The new app has been designed to help teams collaborate more efficiently, and it can be added as a tab in a Microsoft Teams channel, making it easy for team members to edit tasks simultaneously and more. The new interactive Roadmap feature will display all the work in process when you need to see the big picture.

Customers who already have a Project subscription plan should be able to try the new version soon, as the public rollout kicked off earlier this month. Microsoft is also pre-announcing today a new subscription plan called Project Plan 1, which will include the essential features for just $10 per user per month.