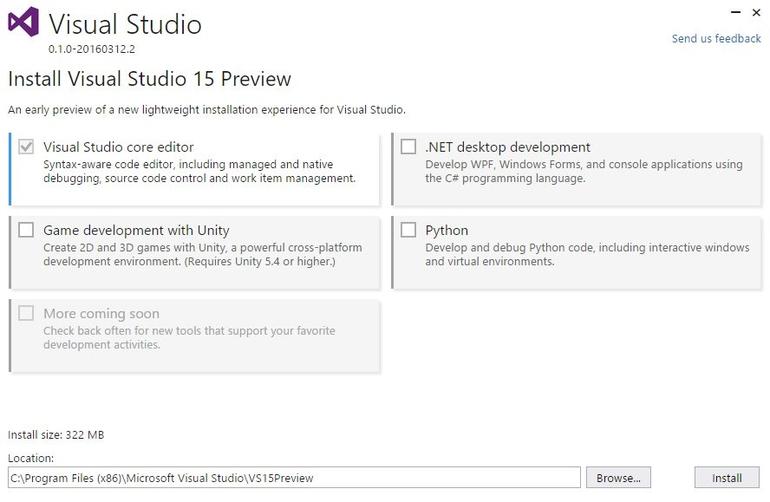 "There's also a feature called "AnyCode" in the new VS release. AnyCode allows developers to use Visual Studio with source code that hasn't been organized into projects and solutions. The private preview of VS'15 also includes TypeScript 1.8, and NuGet 3.4. NuGet 3.4 adds support for running NuGet in Linux and Apple environments, among other features. The preview also adds support for SQL Server 2016 and the most recent Azure SQL Database features in SQL Data Tools and Server Explorer."