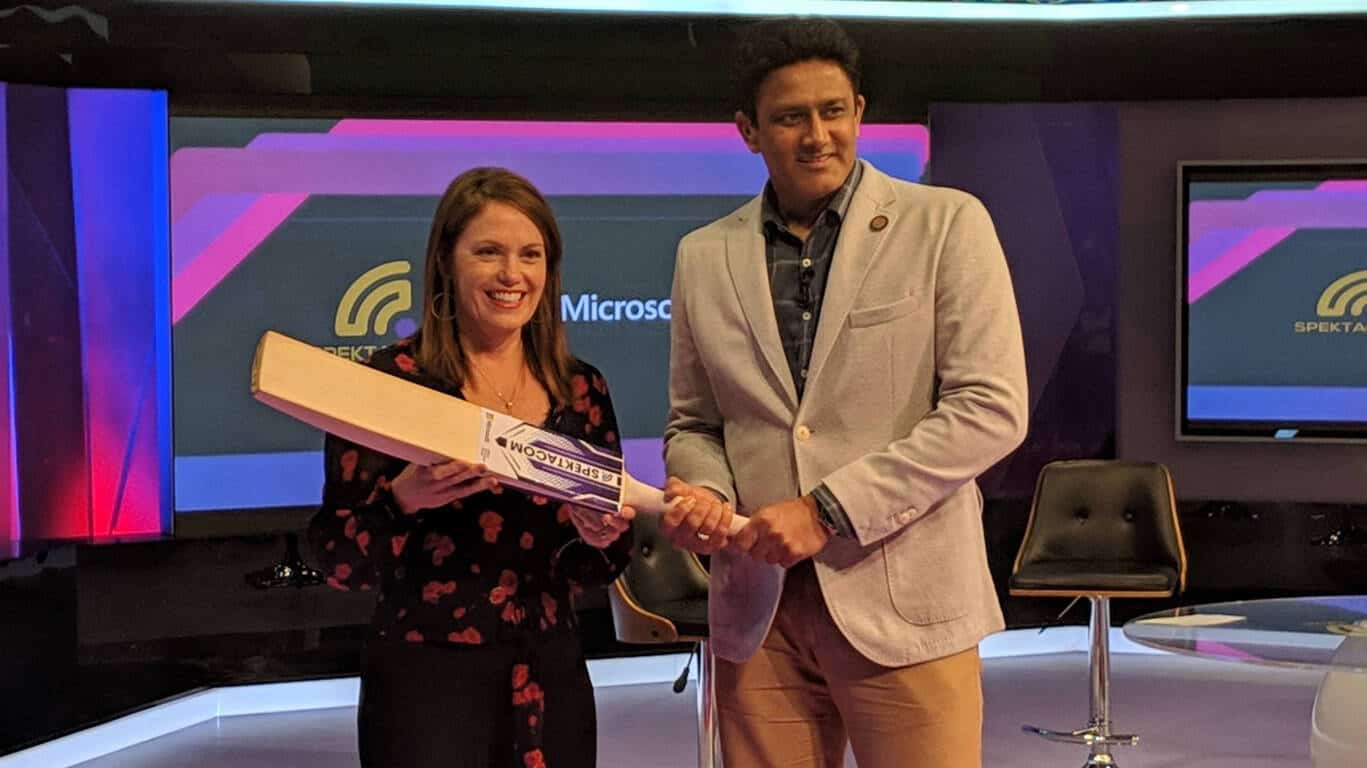 Microsoft has partnered with Spektacom to help the Indian startup launch Power Bat, a new technology to help players improve their game and offer commentators, fans, and viewers with a new and unique way to engage with the sport.

Spektacom Technologies is founded by Anil Kumble, former captain of the Indian cricket team and one of the greatest bowlers the game has ever seen. The startup was incubated by Microsoft as part of its ScaleUp program in India.

The partnership is geared towards bringing a revolutionary broadcast experience to Star India, the leading cricket broadcaster in India. Star Sports used the technology successfully in local cricket leagues in India recently to provide real-time statistics and insights straight off the oval. For the first time ever, a broadcaster was able to provide data behind any shot played in a game for experts to comment and analyze.

Anil’s vision is to bring sports closer to fans through interesting ways of engagement using real-time sports analytics without disrupting the game or obstructing the players.

Power Bat is an IoT-based sensor sticker the size of a credit card that weighs just 5 grams - all powered by the Microsoft Azure cloud platform using AI and Internet of Things (IoT) services. The unique sticker sticks to the rear blade of the bat under a regular sponsor sticker, achieving the aim of being non-intrusive.

Using Bluetooth Low Energy (BLE), the sensor connects with an edge device called Stump Box that is buried behind the wicket. The data from the stump box is transferred and analyzed in Azure and shot characteristics are provided to broadcasters in real-time. During practice or coaching, the same data can be viewed through a mobile app, to do away with guesswork and a selector’s ‘gut feeling’ to spot new talent.

Given that cricket stadiums have wireless access restrictions, to ensure secure communication between the bat, edge device, and Azure, the Stump Box has been powered by Microsoft Azure Sphere-based hardware platform.

Technologies like AI and IoT have the potential to usher in a new era for sports, unlocking data-driven insights for players and coaches and creating more immersive fan experiences. Together with Spektacom and Star Sports, we are bringing the power of Azure and Azure Sphere to one of the world’s most celebrated games – cricket – transforming how it’s played, coached and watched.

At the launch, Peggy Johnson, Executive Vice President at Microsoft, said that while we are already seeing the impact of connected devices in other industries, the company believes that with the advancements in its AI and cloud services, this is just the beginning of what’s possible for not only cricket but all sports.

Microsoft is looking to leverage its intelligent cloud and productivity solutions to help sports organizations worldwide to connect with fans, optimize team and player performance, and manage their operations in new, innovative ways.

Call Of Duty: Black Ops 4 is now live on Xbox One consoles