Microsoft claims it’s on pace to build 50 to 100 new datacenters each year. The impressive boast came earlier this week during the launch of its new immersive datacenter tour experience.

Microsoft hasn’t revealed a detailed roadmap of its expansion plans but currently, the company manages upwards of 200 data centers in 34 countries with plans to expand its presence into 10 more countries by the end of 2021.

With a pace of 50 or so datacenters per year, it might be a safe bet to assume a portion of its numbers will be part of physical consolidations, retrofitting, and partnerships with other companies to achieve its annual goal.

Microsoft’s new virtual tour helps give students, researchers, and enterprises a glimpse of its planned datacenter’s construction that includes a guided walkthrough from the lobby to the innovation room equipped with quantum computing and DNA Storage research and solutions. 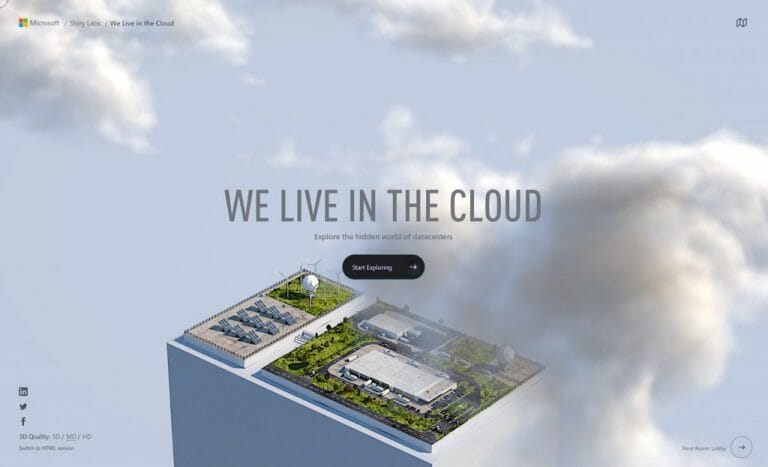 Interestingly enough, a year ago, Microsoft also previously claimed it was going to have trouble investing in its own datacenter business noting component shortages as a primary hurdle.

Microsoft hasn’t disclosed what’s changed between now and last year regarding its forecast, but it seems pretty confident that it’ll be building data centers at a pretty aggressive clip in the near future.