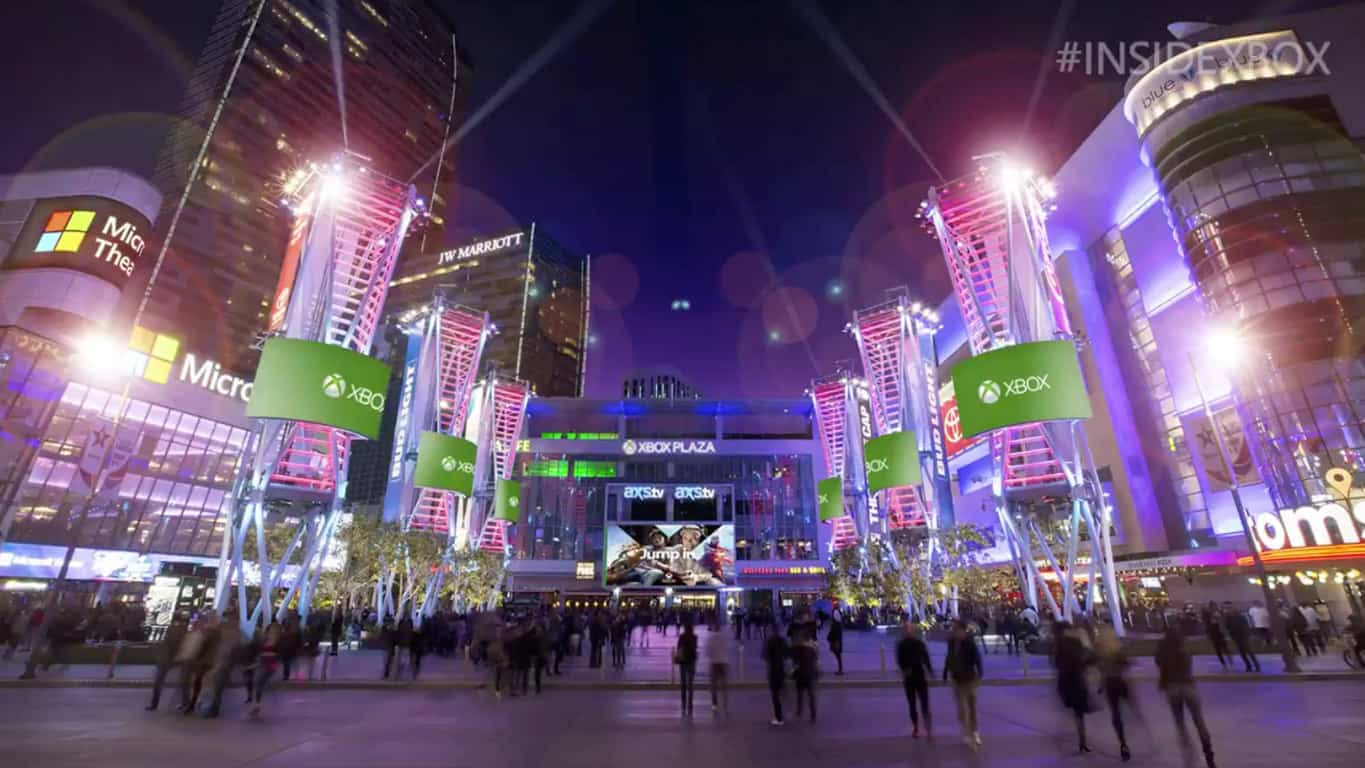 During today's episode of Inside Xbox, it was announced that Microsoft Square, the 40,000 square foot plaza in L.A.LIVE used for events and community gatherings, would be renamed as Xbox Plaza.

"We’re stoked to announce that in collaboration with AEG and L.A. Live, Microsoft Square will soon be renamed Xbox Plaza and will be a big part of what we have in store for E3 in June," an official statement reads. "We’ll have more to share on how Xbox Plaza is shaping up, all things FanFest and so much more goodness on E3 2019 in coming weeks and months ahead so be sure to stay tuned to Xbox Wire, This Week on Xbox and Inside Xbox for all the latest info."

Ready for @E3? Get a heads-up on our plans PLUS a sneak peak of the brand new Xbox Plaza. 👀#InsideXbox pic.twitter.com/afaWSHkZJ0

A rendering of what the new Xbox Plaza will look like was also shown. You can see it above.

This rebranding effort comes ahead of Microsoft E3 conference this June and its associated events. Both Sony and Nintendo have opted out of having a major presence at E3 2019 which almost guarantees to give Microsoft the majority of focus for both viewers and attendees. This added emphasis on the Xbox brand with Xbox Plaza should promote the Xbox One consoles, Xbox services, and Xbox games even more.

Do you like the name change? Let us know in the comments below.