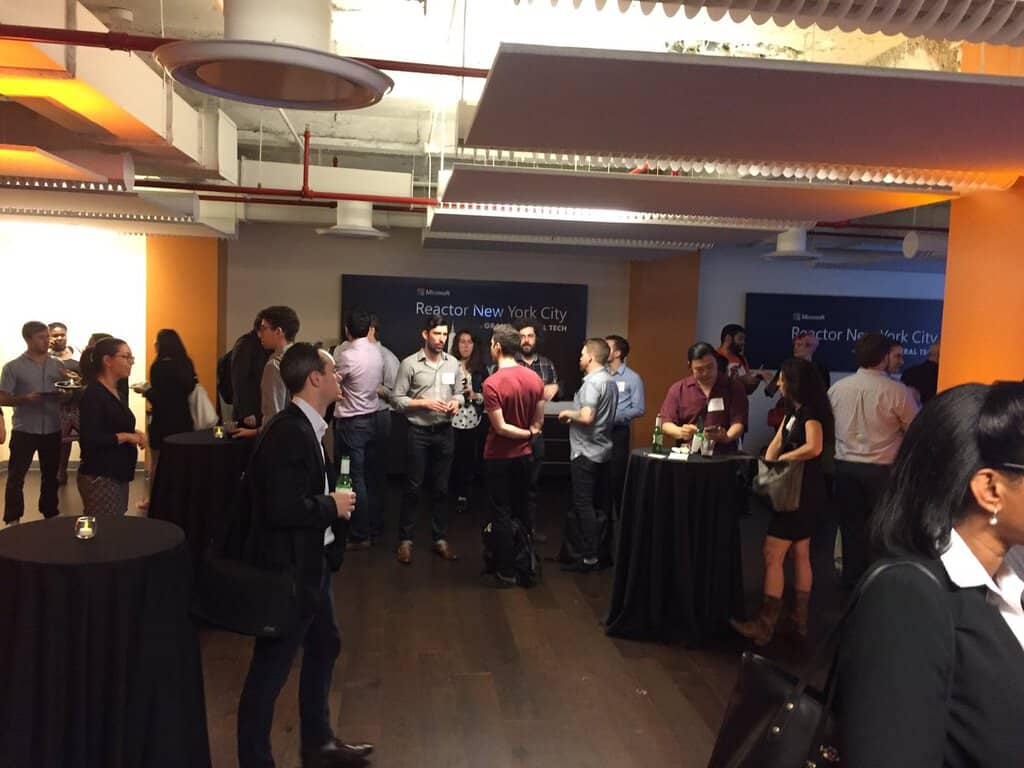 Yesterday, another Microsoft Reactor opened, this time at New York City’s Grand Central Terminal. The Microsoft Reactor in NYC is the third to open in the US behind San Francisco, CA and Philadelphia, PA. Microsoft Reactor locations give businesses, universities, governments, and entrepreneurs a place to access the latest Microsoft technologies and training.

The Reactors also allow small companies to realize their ideas and bring their ideas to the next level. Microsoft Reactors also provide developers with networking events and other resources to help support the local tech community.

The New York City Reactor is a 4,000 square feet facility in the newly opened “Hub” at Grand Central Tech at 335 Madison Ave. The Hub, part of Grand Central Tech, offers affordable office space for urban tech startups to launch and build their companies, connect with city agencies, and use Microsoft technology and software resources, along with the Hub’s other major corporate partners; GE Ventures and Lowe’s.

Urban tech startups that are fortunate enough to join the Hub are able to get connected to a network of sponsors, advisors, and partners that are involved with the Grand Central Tech community. The New York City Economic Development Corporation and Grand Central Tech are looking to support companies that can help fix New York City’s urban problems that include energy, mobility, waste, built environment, food systems, water and digital infrastructure.

Steve Guggenheimer, Microsoft’s Corporate Vice President of Developer Platform & Evangelism, is excited to see what develops at the new Microsoft Reactor in NYC.

“We are thrilled to be a part of the Hub and the opportunities it provides to interact and collaborate with some of the city’s most innovative problem-solvers and up-and-coming entrepreneurs. Microsoft Reactor brings Microsoft technologies and experts right to their front door, supporting them as they turn their fresh ideas into solutions that build thriving businesses and make the world a better place.”

For upcoming Microsoft Reactor NYC events, stay tuned to their calendar. There are no events listed yet, but make sure to check back.