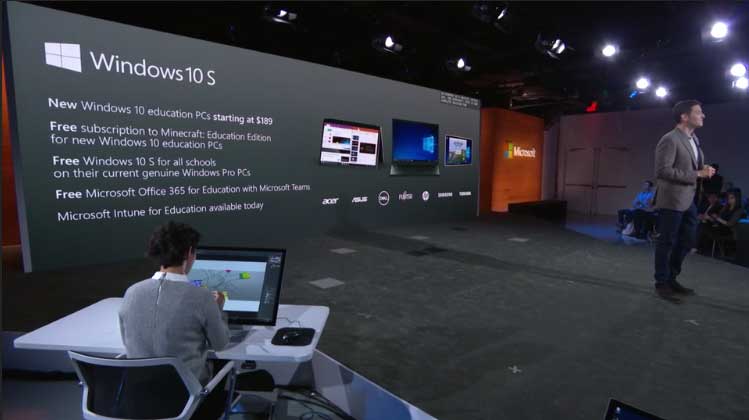 Microsoft is looking to empower educators with their newly announced Windows 10 S, and it looks like they want to get it into as many teacher's hands as possible right off the bat. During the media event today, Terry Myerson shared that it's going to be easier for classrooms to implement Windows 10 S than any other Windows 10 version.

Partners will be offering these new Windows 10 education PCs starting at $189. Furthermore, these devices will come with a free subscription to Minecraft: Education Edition. With the Microsoft Teams collaborative software, they'll also have access to Microsoft Office 365 for Education. If schools aren't able to afford these cheaper new devices, any Windows Pro PCs in schools will also be offered Windows 10 S for free.

On top of all the news, Microsoft Intune for Education has also been released publicly today.

The rollout of Windows 10 S will be coming this Summer, ready to prepare for the next calendar school year.