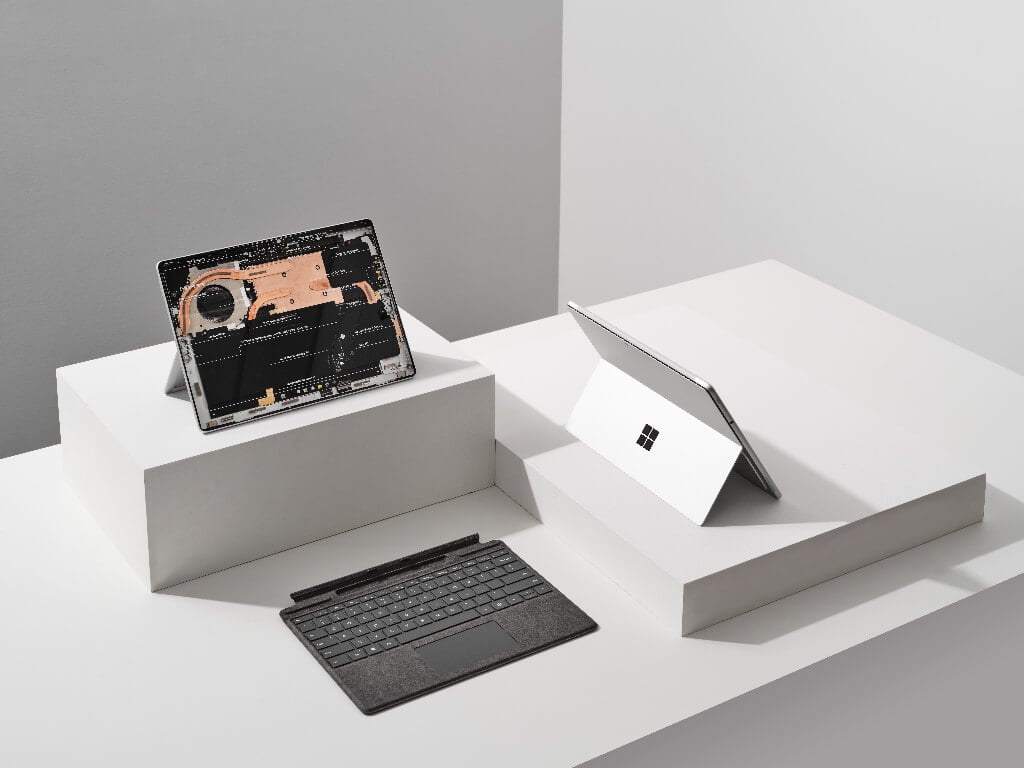 Dave Mitchell, General Manager in the Surface Program Management team gave an in-depth tour of the new tablet in a video published on the Microsoft Mechanics YouTube channel yesterday. The first thing you can see when you look at the Surface Pro 8 is that it has adopted the Surface Pro X design with its thinner bezels, and the redesigned Surface Pro Keyboard also comes with a pen storage emplacement to wirelessly charge the new Surface Slim Pen 2. However, what happened under the hood is probably what’s most interesting about the Surface Pro 8

Mitchell explains in the video that Microsoft has completely redesigned the internals of the Surface Pro 8 as well as the metal body that now uses recycled aluminum instead of magnesium. If the microSD port is gone, Microsoft has added two USB-C Thunderbolt 4 ports as well as a removable SSD that’s located under the kickstand, right alongside the Nano SIM tray for LTE variants of the Surface Pro 8.

Below the display, the Surface Pro 8’s new design supports 11th Gen Intel Core processors with up to 23-watt TDP, and there’s a new carbon composite thermal dissipation system to keep the tablet cool in all circumstances The battery capacity has also been increased to 50.4 watt hours, and Microsoft promises up to 16 hours of typical device usage. 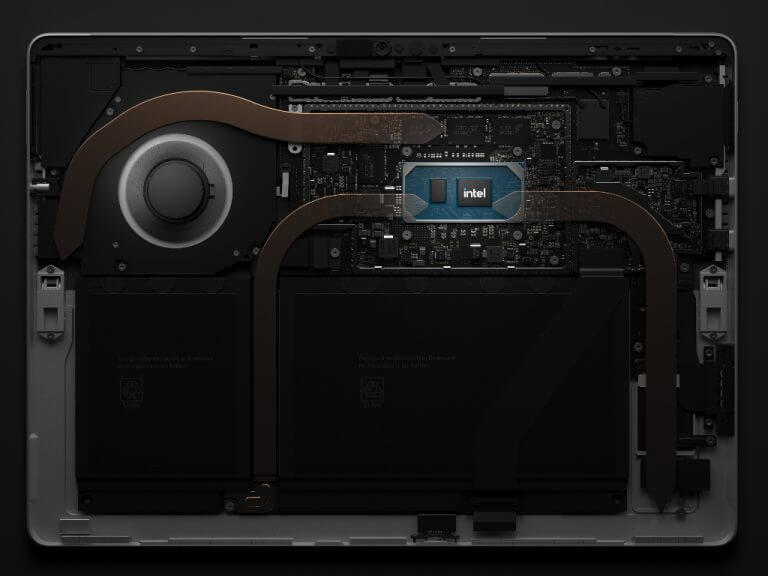 Diablo II: Resurrected is now available on PC and consoles