Less than a day from now, all of the tech media, and select Surface fans will gather in New York City for a Microsoft Event. We'll be in attendance but in the leadup, there have been a ton of unusual leaks.

While we've already put together a post of what we expect, a lot has changed in one short week. Here's a recap of all the leaks heading into what we believe can be Microsoft's biggest event of the year.

Images of the new Surface family of devices leak online

Late last night, famed leaker Even Blass revealed images of Microsft's upcoming Surface products. The images gave us a visual peek at both the Surface Pro 7, a new Surface with slim bezels, and the 13-inch and 15-inch Surface Laptop 3.

This all seemingly supported all the initial design leaks from the French Blog FrAndroid. As we noted, the publication detailed the Surface Pro 7, a new Surface that is codenamed “Campus." We'd also like to remind you of the other leak which revealed that the Surface Pro 7 could feature Intel Ice Lake Chips, with a budget Core i3 option being available.

Anyway, the new Surface with slim bezels is the most interesting,  and features 2 USB-C ports, and is visually reminiscent of the iPad Pro. It is also rumored to be the ARM-based Surface device that has been much talked about over the past few months. Rumor also has it that this Surface could be named Surface Campus, and might be powered by a custom-designed chipset based on an ARM processor, which is a first for Microsoft.

The Surface Laptop 3, meanwhile, looks similar to the MacBook Pro and no longer features the Alcantara material on the keyboard. The 15-inch Surface Laptop 3 might also feature AMD chipsets under the hood, but that's still not clear.

Separate images from Blass also confirm some colors for the Laptop 3, and an option for Alcantara on some 13-inch models. These include the standard silver, blue, as well as black, and a new rose gold color. Particularly, as hinted by Walking Cat, Microsoft might call these new colors "Sandstone," or "Ice Blue."

As for the Surface Pro 7, it has not changed much over the last generation. It still sports thick bezels, but with the addition of a USB C port, and omission of Mini Displayport. 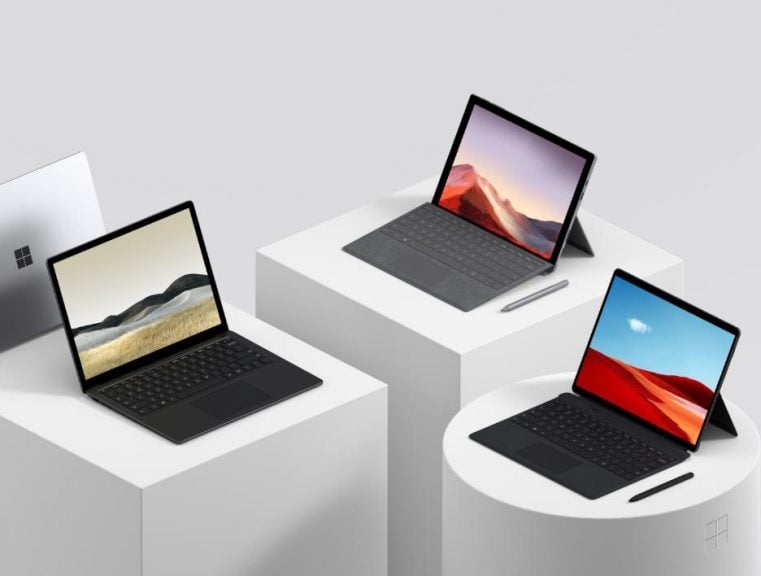 So, if Microsoft were to reveal the dual-screen Surface Centaurus, what would be the operating system to power it? According to Evan Blas, that will be Windows 10X. This operating system will also still support legacy desktop applications but in containers. The "X" in the name could be a nod to the 360-degree hinge on foldable devices, according to suggestions from WalkingCat.

Other than images of the Surface devices, leaked images show that Microsoft is also planning a new Surface Pen.  As rumored, this new — much flatter — Surface Pen supports wireless charging and will sport its own USB-C enabled dock. The pen might also have its own space to dock inside the Type Cover keyboard on the new ARM-based Surface.

Asides from that, FCC filings had leaked the details on a new Surface Keyboard and Mouse. It appeared that the keyboard and mouse might be able to be recharged, a change from the previous generation models.

Of course, with every new Surface device, comes the need for new peripherals. Based on leaks it widely believed Microsoft could introduce a new Classic Ergonomic keyboard, as well as Mouse. That would pair with a Bluetooth version of the Classic Keyboard and Mouse. Microsoft could also be working on new colors for the Surface Arc Touch Mouse. 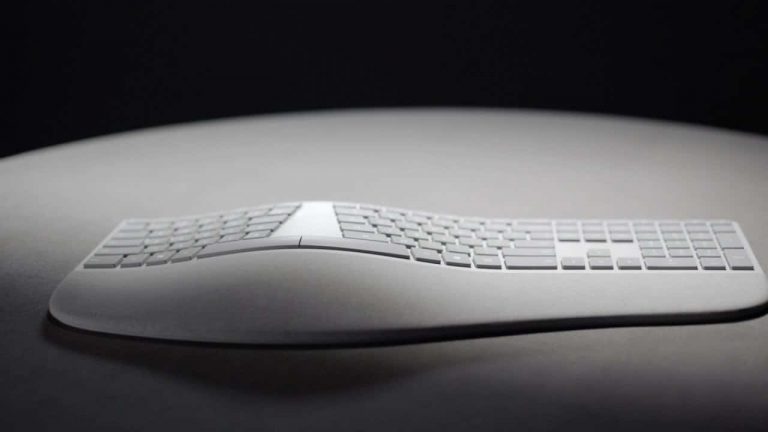 We haven't heard or seen many leaks about the dual-screen Surface Centaurus, but that can change. We're expecting more leaks to come before things get started tomorrow for the Microsoft Event. We'll try to keep this post updated if that's the case.

How to use OneDrive PC Folder backup