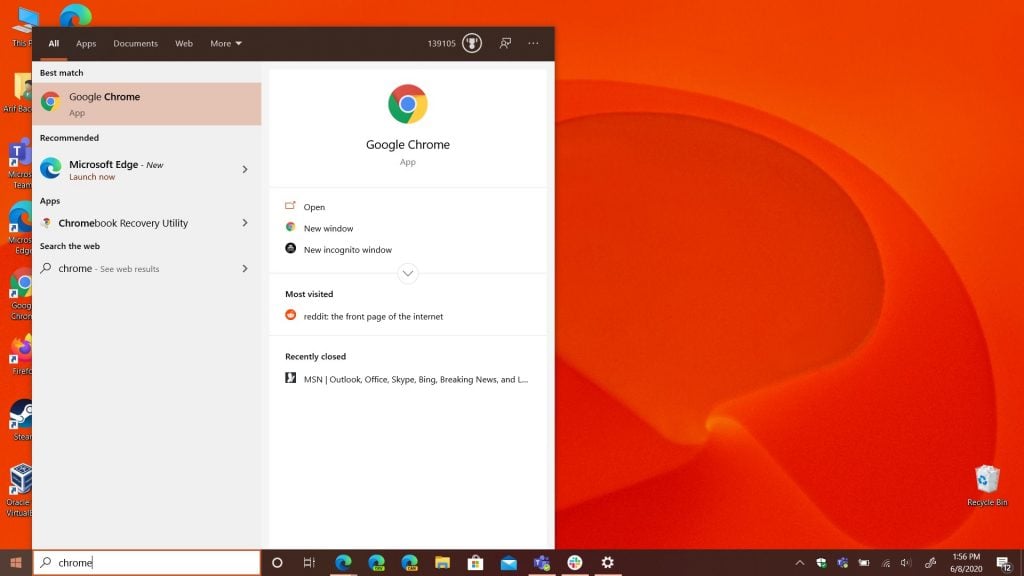 If you have both Google Chrome and the new Microsoft Edge on your Windows 10 PC, be prepared to see some new “ads” for Microsoft’s browser. We recently noticed that the company is somewhat aggressively suggesting users to launch “Microsoft Edge – new” when typing in a search for Chrome in the Windows 10 search box.

Seen in the featured image above, the “ad” appears right under the best search result match for Chrome. It shows the Microsoft Edge logo alongside the word “new” with “launch now” under it. We’re not sure when this first started happening, but it appears to be linked to the May 2020 cumulative update for Windows 10.

It is not too surprising to see this “ad” appear in Windows 10 for the new Microsoft Edge. After all, Microsoft does want to make users aware of the new and improved browser after releasing it as an automatic install via Windows Update. It won’t be new, either, as in April, Microsoft started recommending users to download the new Edge with a banner message in the Windows search box.

Some users might feel a bit invaded by this, but Google has its own tactics, too. Google apparently suggests users try Chrome, whenever they get an email security alert when signing in to a new device using the new Edge.

Even though Microsoft and Google are working together on the same Chromium code base for Edge and Chrome, it definitely looks like the two companies have a new rivalry. Let us know in the comments below if you feel bothered by these tactics.