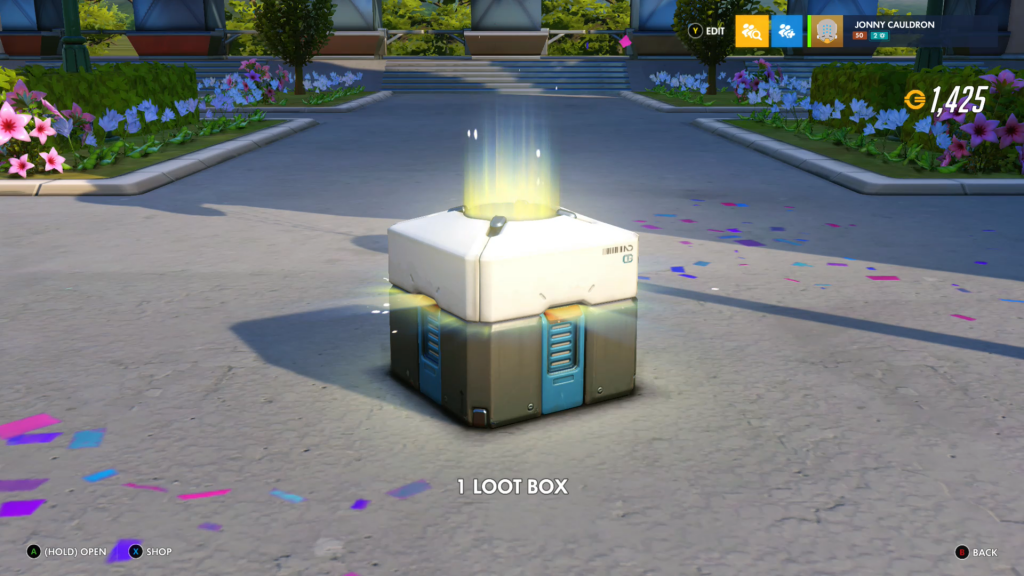 Microsoft along with its biggest competitors in the gaming industry—Nintendo and Sony—are working on new policies that would require developers to provide a disclosure on the use of loot boxes from within their games, according to a report from GamesIndustry.biz. Michael Warnecke, Entertainment Software Association’s chief counsel of tech policy, announced the news at the Federal Trade Commission's Inside the Game workshop on the loot box issue earlier this morning, saying:

“I'm pleased to announce this morning that Microsoft, Nintendo, and Sony have indicated to ESA a commitment to new platform policies with respect to the use of paid loot boxes in games that are developed for their platform. Specifically, this would apply to new games and game updates that add loot box features. And it would require the disclosure of the relative rarity or probabilities of obtaining randomized virtual items in games that are available on their platforms.

"As well, many of the leading video game publishers of the Entertainment Software Association have decided that they are going to implement a similar approach at the publisher level to provide consumers this information and give them enhanced information to make purchase decisions."

While these changes are certainly welcome and a big win for the ESA, it seems this is just a start. "That said, we are doing more," Warnecke stated.

As noted on GamesIndustry.biz, both Google Play and the App Store already have similar requirements in place regarding loot boxes. It’s not clear if this will apply to Google’s upcoming Stadia game streaming service, but xCloud should follow the same policies that Microsoft sets in place as it’s being built to run the same games as the Xbox One.

What do you think of the new policies on loot boxes? Do you think the gaming companies can do better on providing disclosures about in-game items? We’d love to hear your thoughts in the comment area below.