Microsoft Garage has released a new app that helps those affected with color blindness to distinguish differences between various colors. 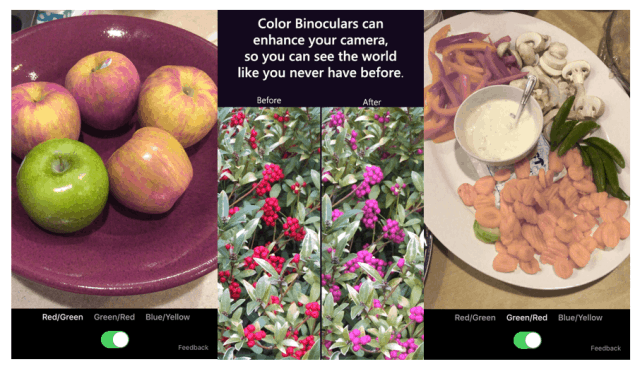 It is currently only available on iOS for iPhone.

Microsoft is continuing its fight against cancer, after initially researching Pancreatic Cancer. Now, they’ve turned their heads towards lung cancer. The company is looking for preventative measures in order to help stop lung cancer before it even begins, rather than focusing on treatments after a person has lung cancer.

Microsoft Research will use an algorithm along with anonymized data to link potential risks and health symptoms.

Following the surprise election win by Donald Trump this week in 2016 US elections, Microsoft has issued a statement.

Microsoft CEO, Satya Nadella, made the first part of the statement via LinkedIn:

Yesterday we witnessed the democratic process in action here in the US. The results are of importance around the world, and I know that interest is shared among Microsoft employees. We congratulate the president-elect, and look forward to working with all those elected yesterday. Our commitment to our mission and values are steadfast, and in particular fostering a diverse and inclusive culture. With that in mind and looking to the future, Brad Smith today outlined in a blog Microsoft’s thoughts and recommendations for the new Administration and Congress.

President and Chief Legal Office, Brad Smith, also made a statement on the Microsoft website.

After reports of battery issues on Microsoft’s Surface Pro 3, the company has now released its first firmware update since August, which fixes issues reported with the battery.

v38.11.50.0 corrects an error that may occur on a limited number of Surface Pro 3 devices where the full charge capacity of the battery is misreported to the operating system and device firmware. This update corrects the firmware component that functions as a “fuel gauge” so that the battery capacity is accurately reported. See Surface Pro 3 Battery FAQ for more information.

Bing Predicts is used to predict the result in many areas, such as sports and politics, but for the US election in 2016, it got its prediction wrong. Instead of Hillary Clinton winning, Donald Trump did. In response, Microsoft has provided a statement regarding Bing Predicts:

Bing Predicts uses several sources including search, web, social data, third-parties and more to inform predictions. True to the nature of all predictions, we can never guarantee 100% accuracy.

That’s it for this week – we’ll be back next week with more!