Do you remember Minesweeper? The classic game, packaged with some of the oldest Windows operating systems, is strangely one of the most recognizable brands that Microsoft has – you could walk up to any stranger and ask about Minesweeper, and they’ll probably tell you a story about how they played around with it when they were younger, but couldn’t figure out how it worked. While Microsoft may have moved on from a lot of the little games in their old operating systems (we’re still waiting on you, Space Cadet Pinball 3D!), Minesweeper has made it to the contemporary age with a new coat of paint.

Originally brought out for Windows 8, the new version of Microsoft Minesweeper is a pretty nice homage to the original. On top of repackaging the original game and all of its charm to a better-looking interface, the game also offers us some new features, like Adventure mode, adjustable difficulty, and even Xbox Live support, for those who wanted to show off their Minesweeper skills to all of their Xbox friends. Recently, a new update to the Microsoft Minesweeper app added to that package a few minor tweaks that may go a long way for the nostalgic Windows user.

The changes to Microsoft Minesweeper in the new update are as follows: 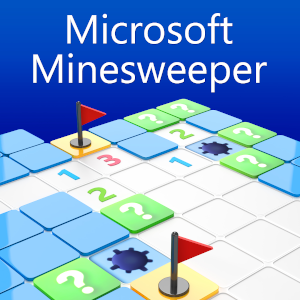