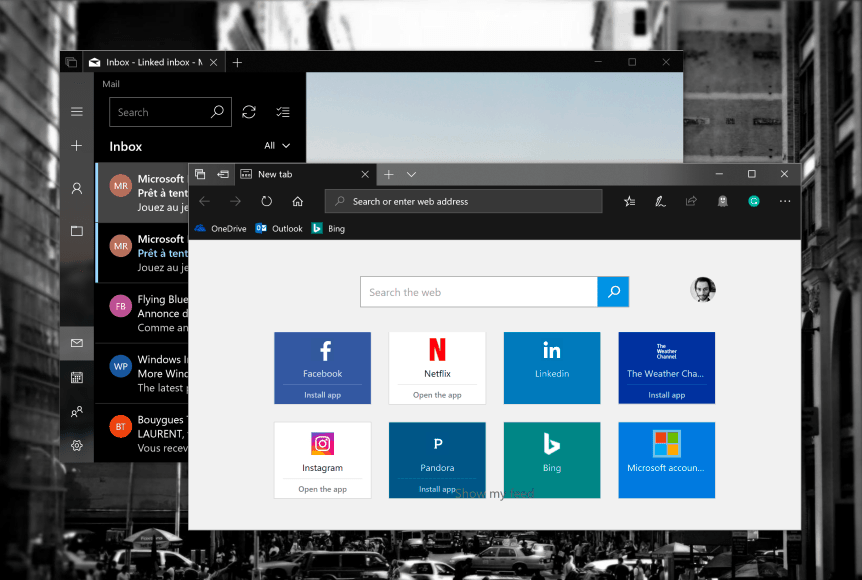 When Redstone 5 build 17623 released in March, many on the internet lost their minds over the Windows 10 Mail app opening links in Edge despite default browser settings. Microsoft faced some hate for this, but it looks as though the company has listened to the needs of Windows Insiders. Indeed, Italian blog Aggiornamenti Lumia now reports that Microsoft may now no longer force you to open links from Mail app in Edge (via MSPoweruser).

It is not clear how Aggiornamenti Lumia obtained the information, but the website provided a screenshot of the "new version of the app coming in the next few weeks." In the lower right-hand side of the screenshot, there is a peek at a new setting option which has an on or off toggle for opening links in Microsoft Edge.

Curiously, the screenshot also provides a look at some new UI elements in the Mail and Calendar App. There look to be new icons for mail folders, as well as modern-looking icons for your different accounts. They appear to be inspired by the enhancements for Fluent Design, which were originally announced at Build 2018.

Perhaps this all comes as a direct response to the multiple posts on the Feedback Hub which called for Microsoft to not force Edge for links in Mail. Either way, Microsoft is obviously backing away from pushing Edge and is now tweaking the Mail app based on user feedback. We're looking forward to seeing it in action soon, so be sure to keep tuned for more in the coming days ahead.