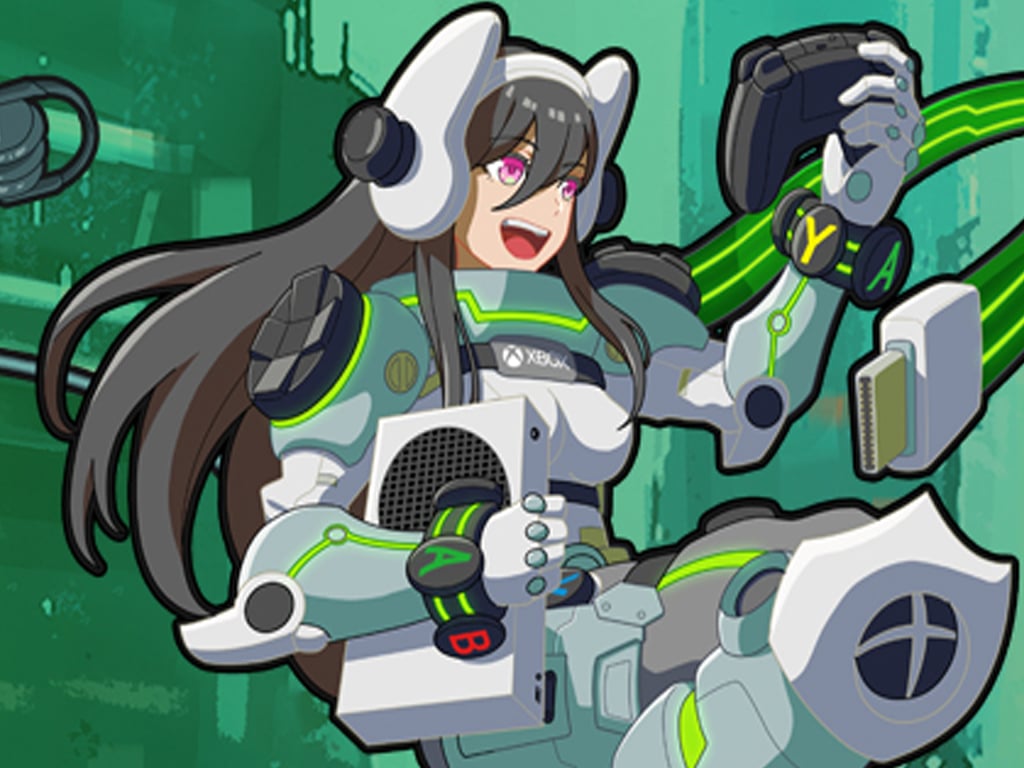 In unnamed character appears heavily inspired by the company’s upcoming Xbox Series S console with her white outfit and can also be seen holding the console itself under her left arm. Curiously, she also seems to be holding a black Xbox controller which is set to come bundled with the Xbox Series X console.

Anime girl mascots aren’t anything new to Japanese marketing campaigns or Microsoft so it’s unlikely that enthusiasts will see much of this character beyond Tokyo Game Show 2020 which also has its own anime girl. Fans may remember the various anime girl mascots Microsoft created to help promote their different versions of the Windows operating system in Japan who were used quite a bit domestically but quickly faded as their novelty wore off.

Microsoft has already officially announced the content of their showcase which appears to be more of a recap of previously announced news than any sort of major reveal. This is in keeping with previous TGS events which are infamous for being low-key and rather boring compared to shows like E3 and PAX.

The company’s recent surprise acquisition of Bethesda has got people wondering though if a similar shock announcement could be made at TGS, possibly involving a purchase of a Japanese game company such as Sega. This remains pure fan speculation however.

The Xbox Tokyo Game Show Showcase will go live two hours from now at 9PM Tokyo time. The TGS live stream can be viewed in English via Twitch, Twitter, YouTube, and on IGN. Various Japanese and Mandarin Chinese streams are also available on niconico, TikTok, Douyu, Bilibili, and Douyin.

Are you expecting much form the TGS showcase tonight? What do you think of the Xbox anime girl? Share your thoughts with the community in the comments below and then follow us on Pinterest and Twitter for more Xbox gaming news.